All of My Jacques Pépin Favorites! 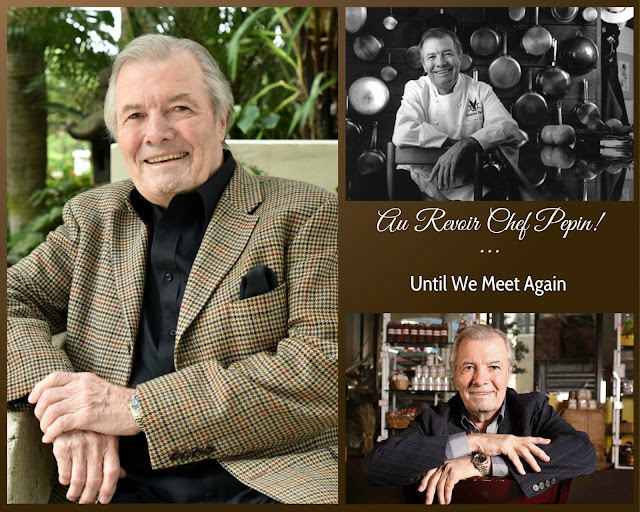 In April I started on one of my favorite culinary adventures so far, cooking with the infamous Jacques Pépin! Prior to April, I was in a major cooking rut. I wanted to eat good food, but I hardly ever felt like cooking and nothing appealed to me. Taking pictures of food became my nemesis and worse yet, when I would sit down to write about food, no words would come.

Then I ordered two Jacques Pépin cookbooks and when they arrived I found myself very intrigued with who Jacques really was and why he was so well-known and well-loved. I looked over the cookbooks several times and then started watching his Youtube videos. I became taken with his gentle ways and kind face. I also found myself rather addicted to those Youtube videos, watching one right after another. His passion and love for cooking was evident and I loved that about him. His passion relit the spark in me. I realized I had never really cooked French food and a whole new cuisine opened up before me. While Jacques' recipes cover a multitude of cuisines, I vowed then and there to cook as much French food as possible.

I compiled a list of French recipes and set a goal to make as many of them as possible. Along the way there were times I wanted to take the easy route and make an easier, usually American, sort of dish. Sometimes I did, but more often than not, I would remember the delicious payoff in challenging myself with another one of Jacques classical French recipes. This reminder was usually all the encouragement I needed to stay on track.

It was a wonderful six months cooking the recipes of Jacques Pépin. I've cooked with lots of chefs and made almost 1,000 recipes since I started food blogging six years ago, but these past few months cooking  Jacques Pépin's recipes have been some of my favorites. Jacques Pépin is a class act, the real deal, and a legend in his own time. His recipes are to be treasured. Much thanks to him for reigniting my passion and love of cooking. 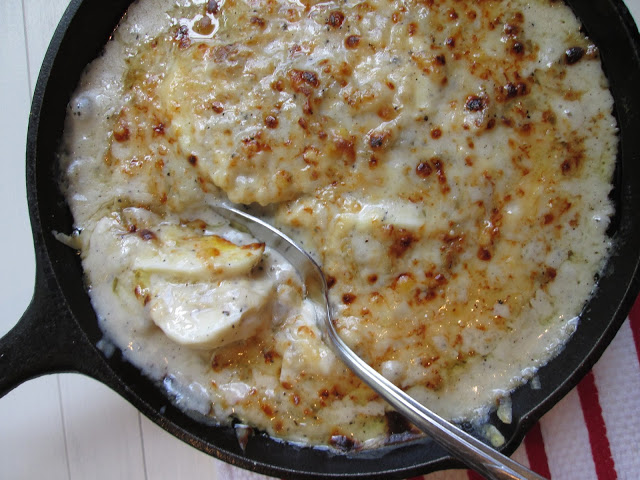 My top favorite, number one, Jacques Pépin dish is this very delicious Egg and Onion Gratin. In fact, this is one of my favorite dishes I've ever made. It's a unique and fun option for breakfast lovers. Hard-boiled eggs baked in a cheesy, creamy, oniony sauce that gets all bubbly and browned under the broiler. Serve this over toast for an incredible breakfast! 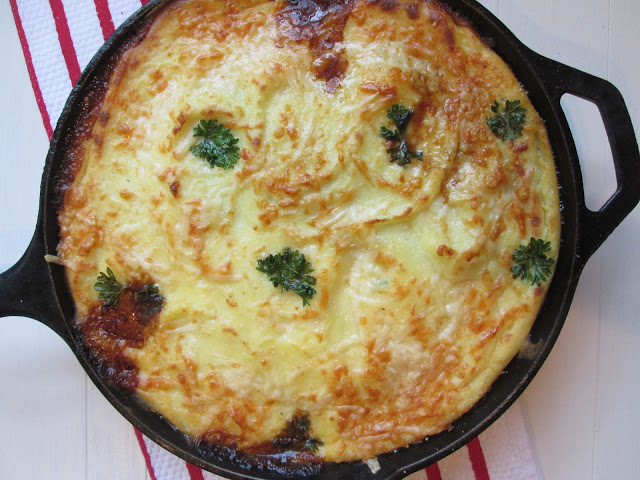 Next in line, and only beating out Jacques Coquilles St. Jacques for it's family-pleasing qualities, is Pepin's Gratin Parmentier. As far as my family is concerned, this Gratin Parmentier is the most glorious way to put meat and potatoes on a plate. Beautifully seasoned roast beef and gravy topped fluffy and cheesy mashed potatoes. The ultimate comfort food! 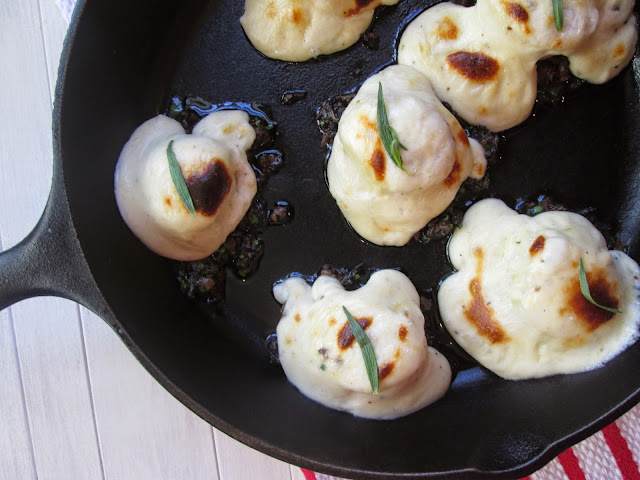 Pepin's Coquilles St. Jacques is every bit as pleasing and delicious as his Gratin Parmentier. This is a beautiful dish of perfectly poached sea scallops served atop a rich and flavorful mushroom duxelle then topped with a heavenly and velvety Gruyere sauce. It is swoon-worthy and begs to be made often in my kitchen. A beautiful and romantic dish to entertain with or make for that special someone. 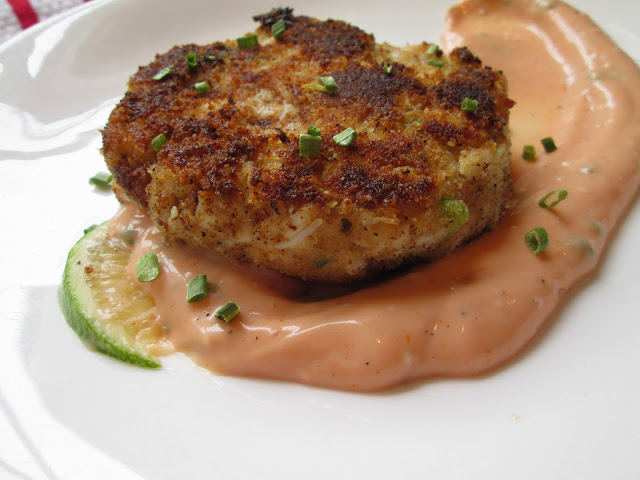 My mom and I are HUGE fans of crab cakes and these Crab Cakes In Red Sauce rate right up there at the very top of our list! Crispy on the outside, tender on the inside, perfectly seasoned with full on crab flavor and incredible with the tangy sauce. If you're going to splurge on top shelf crab meat this is the recipe for you! 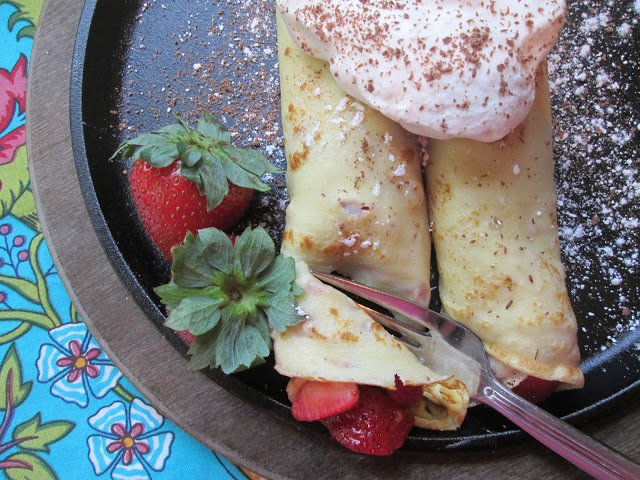 For years I have tried to recreate the crepes I had as a child. None of the recipes held a candle to the ones I had as a girl with my friends, until I tried Jacques Pepin's Crepes. The batter is perfectly easy, doesn't require a blender or any chilling time, and produces the most beautifully light and perfectly golden crepes I've ever made (and I've tried a lot)! These crepes always make everyone feel special. Fill them with whatever you chose. Enjoy them for breakfast or dessert. Having them on hand always equals happiness. 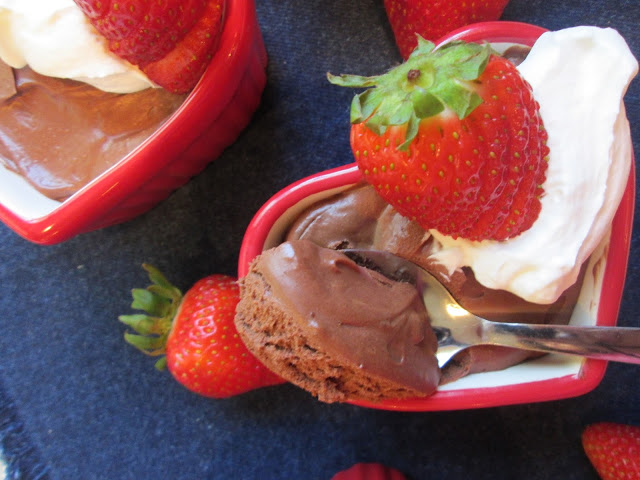 I'm convinced Jacques Pepin's Chocolate Mousse is THE ULTIMATE DESSERT. Seriously, if you are a chocolate lover...it really doesn't get any better than this! While not easy, this is a dessert worth mastering. A luxurious dessert with a velvety mouth feel and rich chocolate flavor. It is divine in every sense of the word. We actually fought over it in my house. It was known as the Battle For Chocolate Mousse. I won. These pretty little Shrimp Casseroles are dainty and feminine and perfect for a girls lunch. Buttery and garlicky with a crispy breadcrumb topping they really hit the spot. If you're like me, you will have a hard time remaining dainty and feminine while eating them. They almost beg to be inhaled! 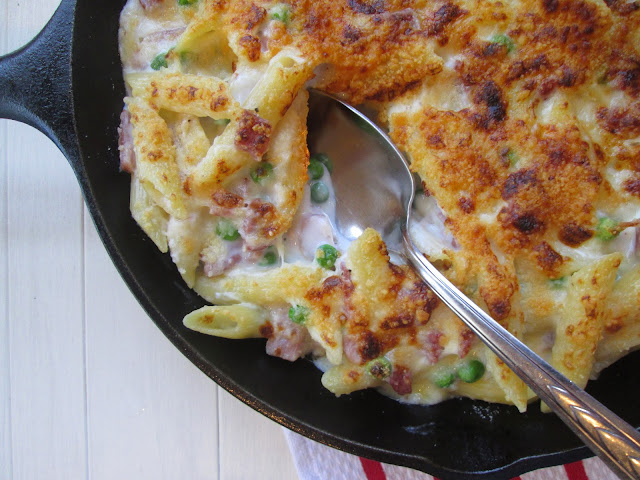 Loved equally for their comforting and family-pleasing qualities are Pepin's Pasta and Ham Gratin, shown above and also Pepin's Penne Au Gratin, shown below. Pepin's Pasta and Ham Gratin is an easy one pot weeknight meal. Pasta, ham, peas, and a cheesy Gruyere cheese sauce come together in one very satisfying dish. If you find yourself without leftover ham go ahead and use bacon with similar results. Pepin's Penne Au Gratin is a delicious and summery version of classic mac and cheese. I fed this to my inconsolable teenage daughter and it was like magic. By the time she was done eating a bowl her ranting and raving and fussing were over. Top secret...penne noodles in a smooth cheesy sauce with pretty chunks of summer ripe tomatoes topped with a crunchy topping of Parmesan cheese and paprika calm teenage frustrations. Score! 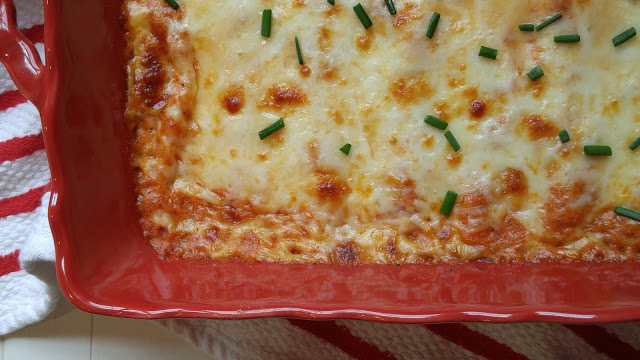 Jacques Pepin's Wonton Cannelloni is a purely fun fusion dish. Chinese wonton skins are filled with tradition Italian cheeses and baked in a seasoned tomato sauce with a bubbly cheese topping! An easy and unique weeknight dinner that is fun to make! 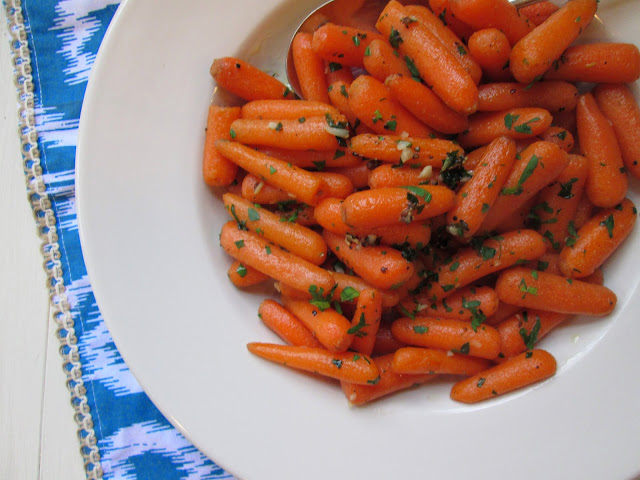 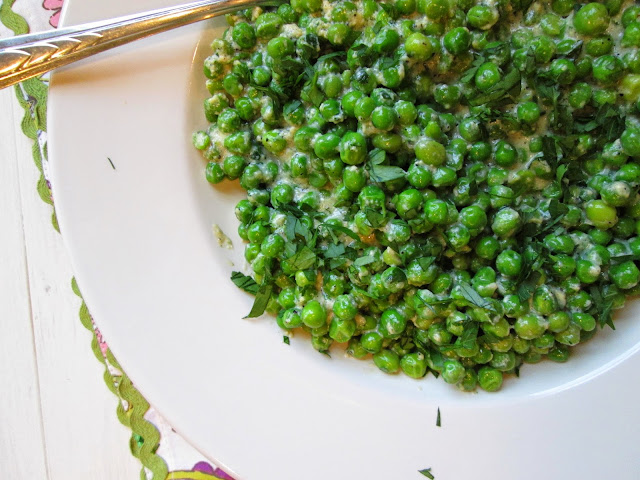 While I love carrots, the rest of my family loves peas and Pepin's Braised Peas with Egg Yolks was a major hit! Tender peas in a thick egg yolk and cream sauce is a hearty and satisfying side dish to nearly any meal. 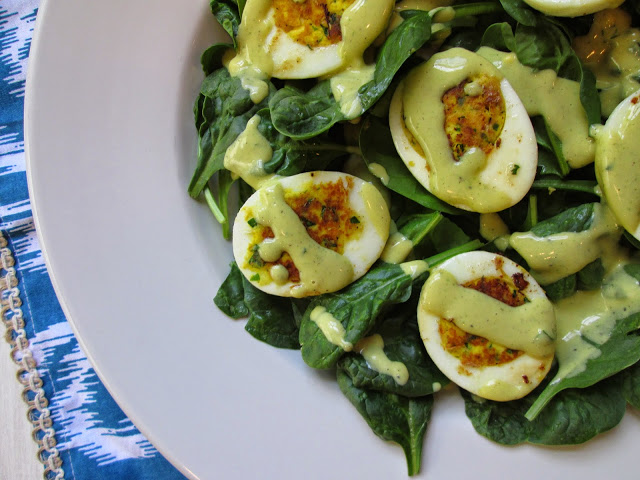 Pepin's Eggs Jeanette had been on my to-make list for years and is just a fun and unique way to serve eggs. Eggs are hard boiled; yolks removed, seasoned, and returned; then put face down in an oiled pan to and cooked to create a crispy coating on the yolk. The eggs are then served on a bed of spinach and drizzled with a creamy egg yolk vinaigrette that is zesty and tangy and perfect in every way. 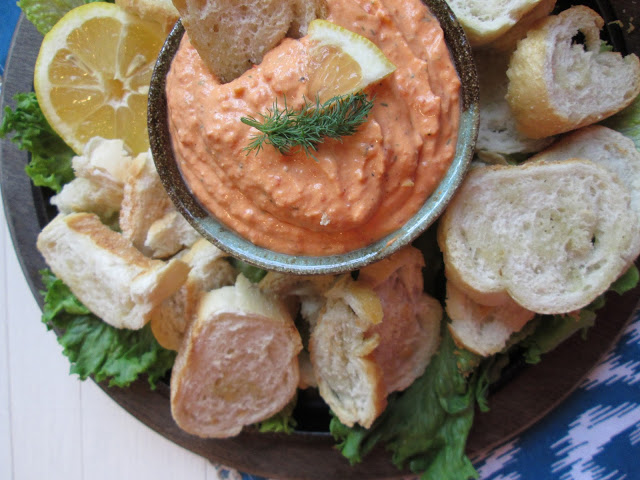 These Croutons with Creamy Red Pepper Dip are a true testament to Jacques Pepin's recipes. I chose this recipe out of necessity to participate in the Mystery Box Madness challenge. I needed a recipe with at least 3 of our 10 mystery ingredients and this was the only one I could find. Red pepper, cottage cheese, cream cheese, dill, and lemon juice sounded a little strange together at first. But, I'd learn to put my trust in Jacques' recipes and decided to go with it. In the process I discovered a gem of a recipe. A pretty and creamy dip that highlights the wonderful flavor of red pepper without being very cheesy at all. This is a light dip that would be great to serve at a party and I can guarantee it would please even the pickiest eater. Serve it with croutons, veggies, or crackers.  Watch your guests eat it with gusto. 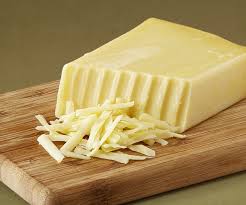 Lastly, I would be remiss if I didn't share an ode to Gruyere cheese. Thank you to Jacques Pepin for introducing me to the most wonderful cheese on the planet. Gruyere cheese is simply the stuff of dreams. I love it's robust flavor and melting ability. It's my favorite cheese by far! I've used it in nearly every recipe in this roundup and buy it weekly. It's worth the splurge, even at $24.99/lb!