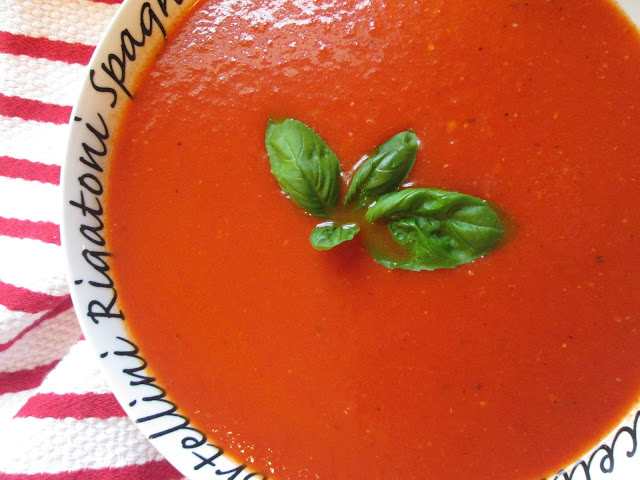 You know those recipes that are pure perfection? Well, this is one of them! Seriously though, I made this recipe because I had fresh ripe tomatoes coming out of my ears, and it totally caught me off guard how dang delicious this Roasted Tomato Sauce was! Perhaps it was because I had some really good garden-ripe tomatoes, I'm not sure, but this is my new go to recipe for making tomato sauce.

Things started out beautifully with a gorgeous display of fresh cut tomatoes glistening on the roasting sheet. A hefty scattering of garlic and a few herbs, salt and pepper really jazzed things up! I popped it into the oven and within a few minutes I began to worry.  I could smell garlic and not in a good way.  I felt like the garlic was going to burn and ruin the sauce, but it was too late to do anything about it so I left it all to roast.

Then I had another moment when I was pushing the tomatoes through the sieve and the sauce was nothing but pure liquid but I forged on. Hugh talks about the different consistency and suggests cooking the sauce down on the stove top to thicken it so I did just that.

The sauce was cooking down when my husband walked in and said "wow, what is that delicious smell?" Now, my husband is not fond of tomato sauce, unless it's covering a plate of pasta, so it was huge when he stuck a spoon in the sauce and started swooning. He said, "that sauce is incredible, it's perfectly seasoned." Of course I stuck my spoon in immediately after and discovered he was right. In fact, we both poured a little bit in a small cup and sipped it like a soup. Roasting those tomatoes really brings out the flavor! We debated eating it as a soup right then and there, but decided to save it for pasta. 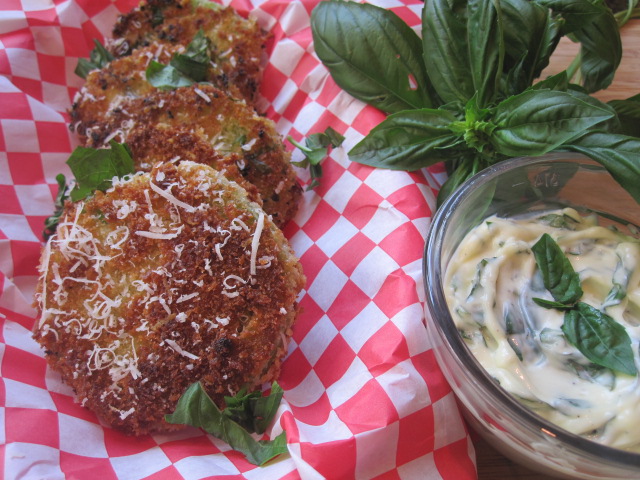 The tomato sauce was heavenly over some pasta, but it was even better the next day when my mom and I got the idea to make some Italian-inspired Parmesan-Basil Fried Green Tomatoes (click on the link for the recipe-) and dip them them into this roasted tomato sauce! Doubling down on tomatoes was even better than we imagined and we now have a new favorite snack! I can't wait to get a new batch of tomatoes so I can make both the sauce and the fried green tomatoes again. It was a lovely combination. A summertime delight for sure! 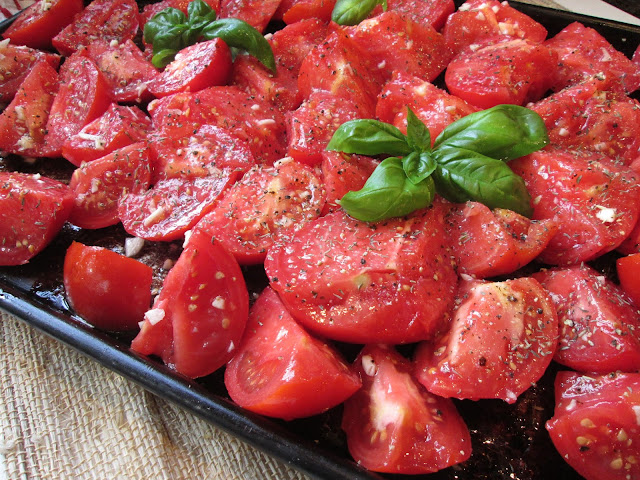 Preheat the oven to 350F. Lay the tomatoes, cut side up if halved, on a baking sheet. Scatter over the garlic and herbs, and trickle over the oil. Season with plenty of salt and pepper.

Put the baking sheet in the oven for about an hour, maybe a bit longer, until the tomatoes are completely soft and pulpy, and starting to crinkle and caramelize on top.

Set the tomatoes aside to cool for half an hour or so.  Then tip them into a large sieve set over a bowl and rub the pulp through with a wooden spoon, or use a food mill. Discard the skins and seeds. The sauce will seem like liquid, and that is fine, you can cook the sauce down on the stove until it thickens, if you desire. 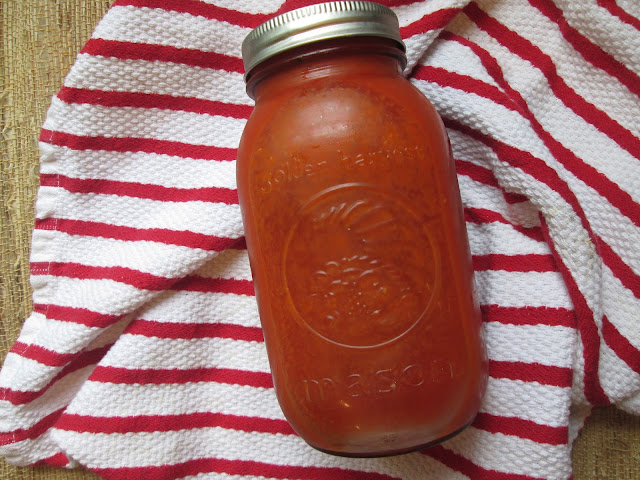