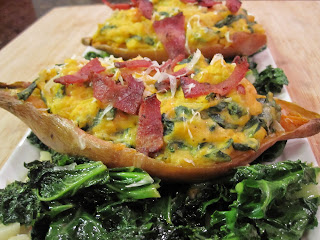 As a young girl, my favorite show was Mary Poppins. This was back before the days of Cable TV, or VHS tapes, or DVD players. I waited, rather impatiently, for Ms. Poppins to grace my TV screen.
God help anyone who would disturb me during my Mary Poppins time. After all, I had to concentrate. How in the world did she fly with an umbrella? Why were her cheeks so rosy? How was it that she could snap her fingers and the room would clean itself? All I knew was that I wanted to be her.
I wanted to be Mary Poppins so bad that I made up the Mary Poppins game and encouraged (maybe even forced) my friends to play along. The game was a simple concept really. I was Mary Poppins, naturally, and my friend and her brother were Jane and Michael Banks. (Yes, we're still friends to this day.) I would dress as Mary Poppins and ascend the stairwell with my umbrella. Jane and Michael would stand at the bottom of the stairs and sing to me. Once their song was finished, I would hold onto my umbrella and fly down the stairs. NOTE: My Mother hated this game. My friends didn't like the game, but went ahead with it anyway. I loved this game! I should be embarrassed to admit I did any of this, but I'm not. And, I'm still a sucker for Mary Poppins.

Right now you are asking yourself: What does Mary Poppins have to do with twice-baked sweet potatoes? One word:

I was trying to think of how to describe them, and this is the only word I could come up with. If you like sweet potatoes, then you really have to try these!

Preheat oven to 350F. Scrub sweet potatoes, prick with fork or knife, season with a little oil, salt and pepper, wrap in foil and bake for about an hour or until tender.
Meanwhile, in a deep saute pan, heat the olive oil and cook the onion for 2-3 minutes until soft. Add the garlic and cook for one more minute. Add the entire bag of spinach (or some chopped kale) and scallions, cover and cook 3 to 4 minutes until the spinach has wilted.
In another pan, cook the turkey bacon until crisp and transfer to a plate lined with paper towels to drain. When cooled, chop the bacon into small pieces and reserve.
When the sweet potatoes are tender and through baking, let cool 5 minutes, then slice in half and scoop out inside of potato into a bowl. Add cream cheese, buttermilk, salt, pepper and vegetable mixture. Stir until desired consistency.
Coat your baking pan with a little oil. Place sweet potato shells onto baking pan and fill with mixture. Sprinkle with Parmesan cheese. Bake for 15 - 20 minutes or until the top is golden brown . Top with bits of turkey bacon and serve.

Notes: I adapted this recipe from the cookbook Cook Yourself Thin. These were hailed as healthy potato skins, but the skins never really got quite crispy enough to qualify as a potato skin. They were, however, absolutely lip smacking and delicious served over a bed of garlicky kale. I enjoyed them just about as much as you could enjoy anything. I served these twice-baked sweet potatoes as a meal themselves, but you could easily use them for a side dish.