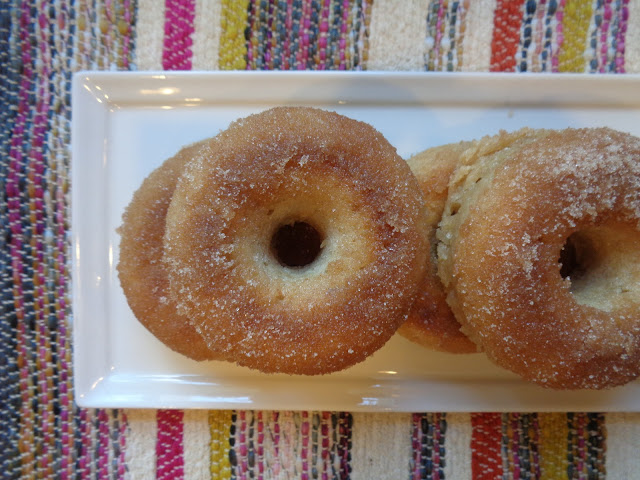 As fall arrives, I always think of baked goods. I am in love with baked goods in all the typical fall flavors: pumpkin, apple, pear, cinnamon, salted caramel, you name it! I have lists upon lists of fall baking projects; yet, year after year, I never seem to get around to any of them. That needs to change.

A quick look through my fall baking list and I settle on Ina's Cinnamon Baked Doughnuts. They seem easy enough, problem is I don't have any doughnut pans. A few quick clicks on Amazon and a day or so later I have doughnut pans delivered right to my door. 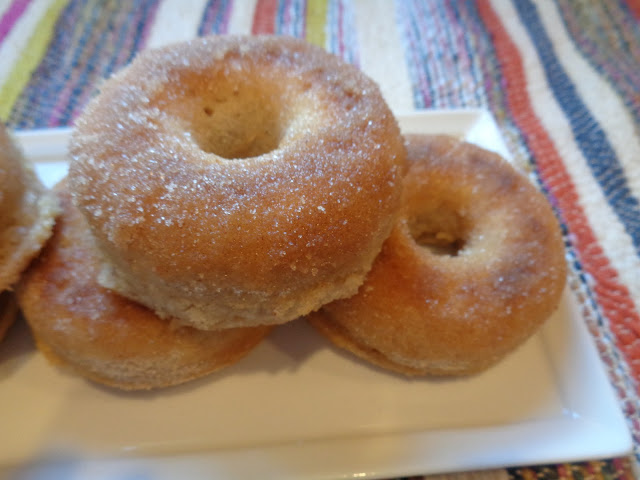 These doughnuts come together in no time at all and bake up quickly. They get a quick dunk in melted butter, followed by a quick bath in the cinnamon sugar mixture we've all come to love. They remind me of the doughnuts you buy at your local apple orchard in the fall...EXCEPT they're even better since they're homemade and served warm right from the oven. The texture is nice and light and we found them to be completely delightful! I would definitely make them again! 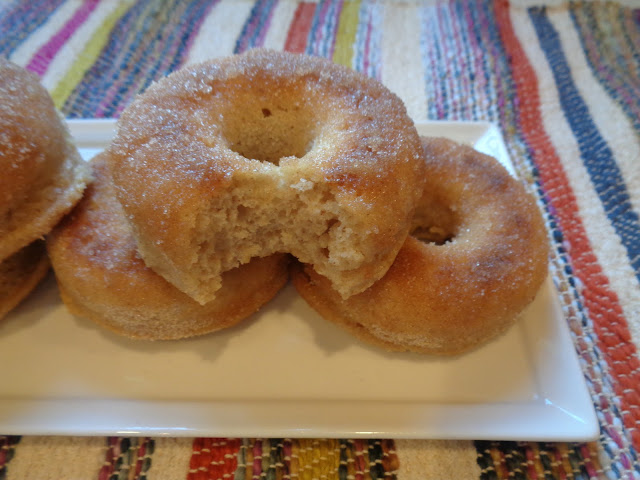 Into a large bowl, sift together the flour, sugar, baking powder, cinnamon, nutmeg, and salt. In a smaller bowl, whisk together the egg, milk, melted butter, and vanilla. Stir the wet mixture into the dry mixture.

Spoon the batter into the baking pans, filling each one a little more than three-quarters full. Bake for 17 minutes, until a toothpick comes out clean. Allow to cool for 5 minutes, then tap the doughnuts out onto a sheet pan.

For the topping, melt the 8 tablespoons of butter in an 8-inch saute pan. Combine the sugar and cinnamon in a small bowl. Dip each doughnut first in the butter and then in the cinnamon sugar, either on one side or both sides. 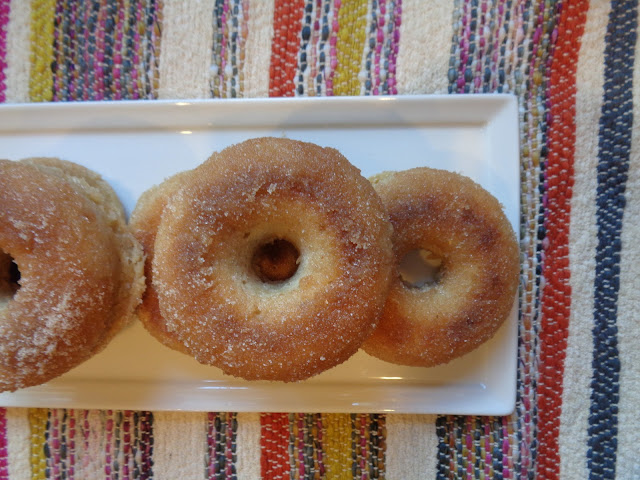