From Spain: Tomato Bread with Iberico 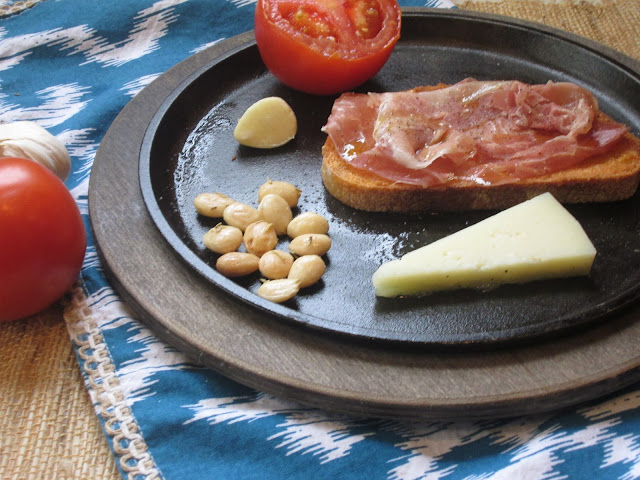 Lately, I've been hooked on toast with all kinds of goodies piled on. I blame Ina. The addiction started when I made Ina's Butternut Squash & Ricotta Bruschetta. I love that dish and crave it regularly. When butternut squash went out of season I grew quite fond of avocado toast. After that addiction passed,  I topped my toast with refried beans, a fried egg, salsa and/or hot sauce. Then I made Giada's Burrata and Kale Salsa Verde Bruschetta and I looked for any and every excuse to eat burrata. I think I had toast with some kind of pesto and burrata for breakfast, lunch, and dinner.

To be fair, I'm still into toast with pesto and burrata. It's crunchy, flavorful, and the burrata is so creamy and cloudlike. It satisfies about every craving I have. However, I'm willing to venture out, so this week it was either Eric Ripert's Tomato Bread with Iberico or his Green Olive Tapenade, on toast, of course.

I decided on the Tomato Bread with Iberico only because I had some Marcona almonds and Manchego cheese on hand and I thought it would be a perfect pairing! I was so glad I had the Manchego on hand because I found that I liked the Tomato Bread with Iberico ok, but I liked it much better with some of the cheese on top. This dish lacked that layer of creaminess, and while I would eat it if it were served to me, I'd rather have one of the other toasts mentioned above. 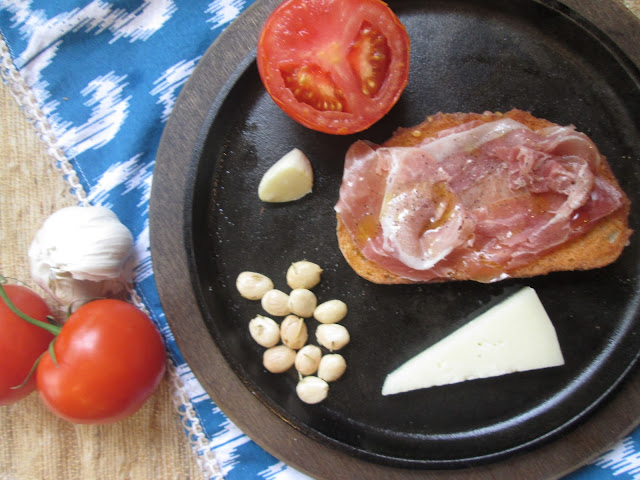 Tomato Bread with Iberico
Adapted from Avec Eric
by Eric Ripert
Serves 1-6, depending

Cut the loaf of bread crosswise into 1/2" thick slices. Toaste the bread slices until they are golden brown (I placed my sliced bread into the oven for about 10 minutes at 350). Lightly rub the toasted bread with the garlic cloves, then rub the tomato, cut side down, thoroughly into the toasts. Top the toasts witha couple slices of Iberico ham, drizzle with a touch of olive oil, and season with a few flakes of coarse sea salt and pepper. 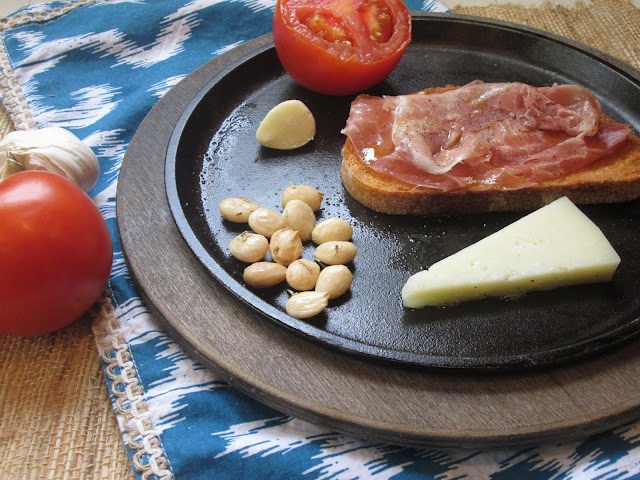