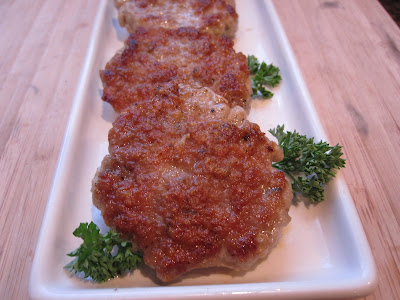 For Easter, I bought an entire leg of pork from the butcher. The leg of pork itself was about 20 pounds. Six pounds of the leg became a fresh ham for Easter. The remainder of the leg was ground, equaling about 12 pounds of lean ground pork, as well as two meaty ham hocks. I thought a Throwdown featuring breakfast sausage would be a fun way to use up some of the ground pork, so I opened up my Mark Bittman How To Cook Everything and got to work.

Disclaimer: The leg of pork is a very lean cut. Bittman calls for you to add 1/2 to 3/4 pound fresh pork fatback into 2 pounds of lean boneless pork. I skipped this step in both variations simply because I wanted to keep things on the lean side.

Using Mark Bittmann's, How To Cook Everything, I settled on two breakfast sausage variations. As a jumping off point, I chose Bittman's Basic Breakfast Sausage using the traditional flavoring of sage (pictured above, top photo). To spice things up a bit, I chose his Spicy Sausage with parsley, garlic, ground coriander, cumin, cinnamon, and cayenne (pictured below, third photo). I wanted to see which one we preferred in a taste test. I thought for sure I knew which one would win, but I was really surprised by the results. 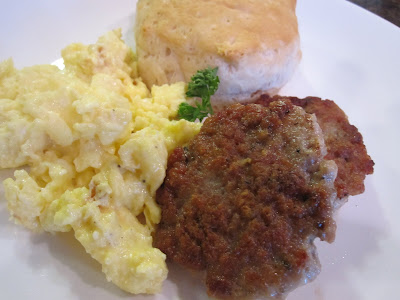 Bittman's Basic Breakfast Sausage was a combination of one pound ground pork, 1/2 teaspoon dried sage, salt, pepper, and a dash of nutmeg. We served this sausage with scrambled eggs and biscuits. The basic breakfast sausage was superb. It had all the familiar flavors of traditional breakfast sausage, only it was much more fresh and really much better than buying it in the supermarket. There was nearly any fat left in the pan and we really didn't miss all the calories. This is definitely a wonderful way to enjoy breakfast sausage in a healthier way. 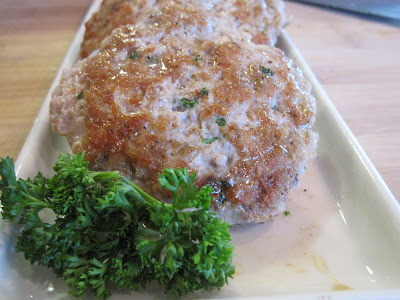 Bittman's Spicy Sausage(photo directly above) was also made with one pound ground pork, but was combined with 1/4 cup minced fresh parsley, 1 teaspoon minced garlic, 1 teaspoon ground coriander, 1 teaspoon ground cumin, 1/2 teaspoon ground dried thyme, 1/4 teaspoon ground cinnamon, and 1/4 teaspoon cayenne. The blend of spices smelled terrific and you could easily see how flavor packed this sausage was going to be. Both my husband and myself love spicy and flavor-packed foods, so we were excited. I served this spicy sausage with Pioneer Woman's Biscuits and Gravy. 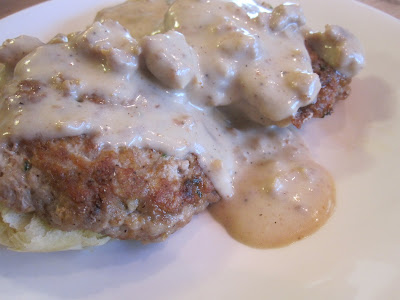 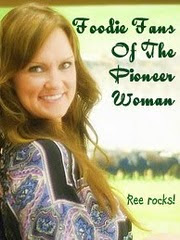 This is my submission to this roundup at Foodie Friends of the Pioneer Woman! If you would like to see what everyone else submitted, please click HERE to be directed to the FFPW site.

WHO WAS THE WINNER OF THE BREAKFAST SAUSAGE THROWDOWN?

IT WAS THE TRADITIONAL BASIC BREAKFAST SAUSAGE WITH SAGE!
I was expecting the spicy version to win, but it was the old familiar taste of the basic breakfast sausage that won out in the end!

Which sausage do you think you would prefer?
Posted by Kim at 11:03 AM