Before I think about listing the year's top ten recipes, I must make mention of some of the flops along the way. Here they are in no particular order:

First up from Tyler's Stirring the Pot, is his California Bacon and Eggs. The recipe begins by making a celery walnut pesto, which I had to make in my blender. Oh yeah, celery and walnuts blended into a pesto in a blender - not a lot of fun! Then I scrubbed some yukon gold potatoes, let them soak to remove the starch and shredded them for hashbrowns. While I was doing that, I was frying up bacon and eggs. It wasn't that it tasted bad, it was just way, way, way too many steps and a real pain, not to mention mess in the kitchen! A definite never make again recipe! 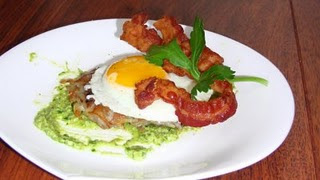 Next up are these ridiculous Caramel Apple Cupcakes that I found in the Taste of Home Winning Recipes cookbook. Oh, I thought they were so cute in the cookbook with their little popsicle sticks sticking out of the top. A combination of boxed spice cake mix and melted caramels for frosting.......what in the world was I thinking? They were a horrible sticky mess and even the kids threw them away!! 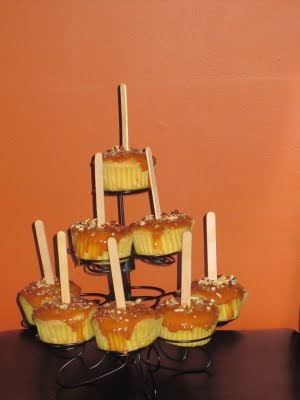 Lamb Shank Stew with a Russet Potato Top is another of my worst recipes in 2009. I do like lamb, but this lamb was tough. Red wine was added to the stew which made the barley purple and non appetizing, and the russet potato top was pretty hard. This was the only Tyler Florence recipe from Stirring the Pot that found it's way into the trashcan. Sorry Tyler, this one just wasn't a winner for us! 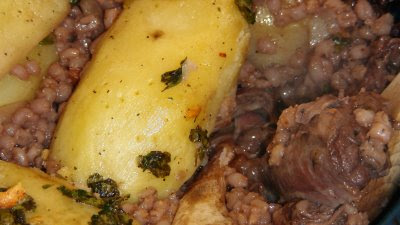 And the final recipe to make the worst recipe list is this Chicken Spiedini Salad, also from Stirring the Pot. Now, to be fair, no fault can be placed on Tyler Florence for this one! It was all my fault. I tried to grill skewers of chicken and sausage on a dying indoor kitchen grill and it was a real nightmare. My indoor kitchen grill died that night, right in the middle of this recipes, and found it's way into the trashcan. 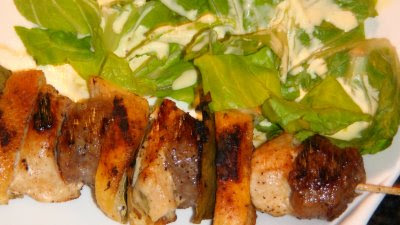 There you have it. My top four worst recipes of 2009!! Did you have any recipes that didn't work out this year?
Posted by Kim at 9:16 AM