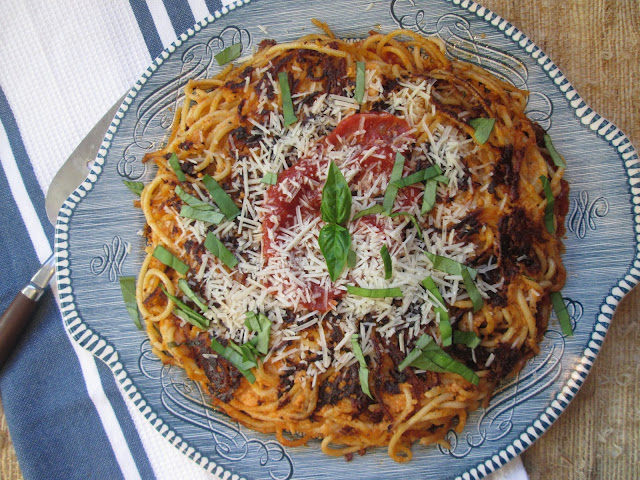 I've been very busy reorganizing my cookbook collection and cataloging an updated list of all recipes I want to make. Recently, I had a pile of Giada's cookbooks and I was astounded to find that after years of making Giada's recipes, I somehow managed to have nine whole pages of her recipes I wanted to make! Time to get busy!

This Pizza Di Spaghetti is a recipe I've always wanted to make but never got around to for one simple reason, it requires leftover spaghetti. In my house, there is no such thing as leftover spaghetti. My husband and daughter make sure there are never any leftovers. So, for this recipe, I made a batch of spaghetti with a simple tomato sauce and allowed it to sit on the counter to cool for about 20 minutes. That is about as leftover as it's going to get around here!

Pizza Di Spaghetti is essentially a fried spaghetti pie, so I got out my best nonstick skillet and mixed the "leftover spaghetti" with the eggs, Parmesan cheese, milk, and salt and pepper. I turned the skillet to a medium heat and tried to fry the spaghetti mixture. After a few minutes it became clear the mixture was adhering like glue to my nonstick pan, so I got out my cast iron pan, and switched the mixture over to the cast iron. The cast iron was better, but still somewhat of a mess.

I've been cooking for a long time, and I used two really good pans, and I had all kinds of trouble trying to flip the Pizza Di Spaghetti. The one cup of Parmesan cheese in the mixture proved to stick to both pans, regardless of how much olive oil I added. Finally, after dirtying a sinkful of dishes, and using a large baking pan to aid in flipping, I was done. I was also frustrated.

You can see that my Pizza Di Spaghetti is a little dark in places. I'm really not sure how the dark spots could be prevented since the copious amounts of cheese darken quickly before the egg in the dish is fully cooked, even at a lowered heat. This dish didn't work for me for several reasons.

First, I never have leftover spaghetti. Second, this is a finicky thing to make and requires lots of effort and dishes. Third, this dish requires adding unnecessary calories, in the form of added cheese, eggs, milk, and quite a bit of oil, to spaghetti AND finally, this Pizza Di Spaghetti is just ok! Spaghetti, or even reheated spaghetti, is definitely way better. So, save yourself the calories and dishes, and in the odd case that you do have leftover spaghetti, just reheat it!

Now, it sounds like I'm fussing, but I've actually started to like it when I discover that something isn't for me. I know it sounds bizarre, but I actually become stressed out about trying to fit in all the things I want to do, or see, or eat. I find it ultimately helpful when I come across something that I don't like because it usually allows me to cross off several things on my list. This dish is a perfect example of that. I can now cross off any and all Pizza Di Pasta dishes on my list from Giada and anybody else. I have learned that I like the original pasta dish best the first time around, or even reheated, and that I don't need to fuss about with any leftover pasta concoctions. I consider that a win! 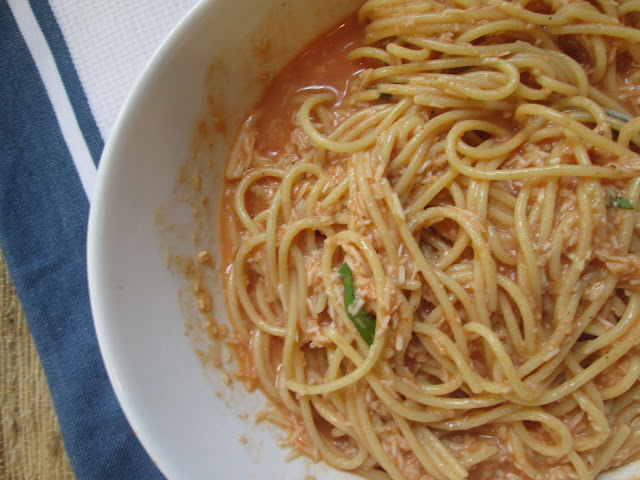 In a large bowl, beat the 1 cup of Parmesan cheese, the milk, eggs, salt, and pepper. Add the leftover pasta and toss to coat. 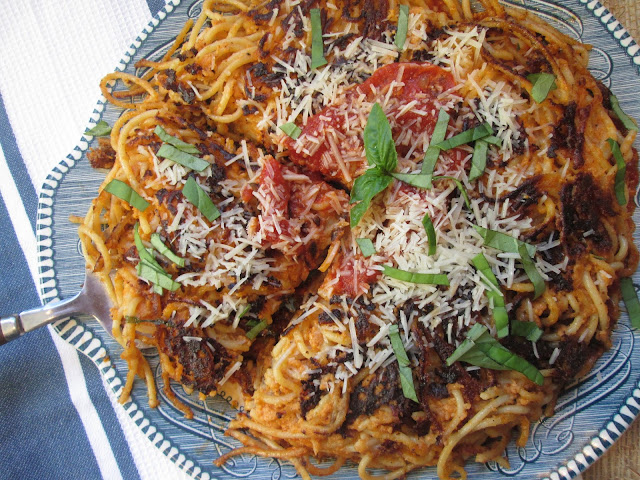 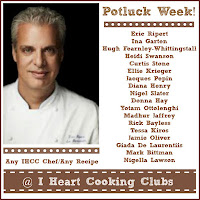