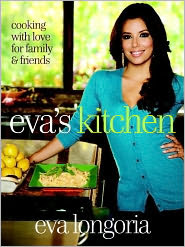 Eva's Kitchen
Hardcover
224 pages
When I ordered my copy of Eva's Kitchen I didn't realize there was a lot more to Eva Longoria than just a pretty face.  Don't get me wrong.  I've always been a fan.  I mean what 30-something woman hasn't seen an episode of Desparate Housewives?
While I knew that Eva and Chef Todd English co-owned a restaurant named Beso; 6I did not know that Eva grew up on a ranch eating meals based on her family's fields.  I also didn't know that she was quite the philanthropist, working quite a bit with various charities, including her own charity, Eva's Heroes.

Some recipes that I'd like to try are: Normandy Shrimp; Grilled Shrimp on Arugula; Dad's Shrimp Cocktail; Corn and Zucchini Salad, Lemon Fried Chicken; Borracho Beans; Veracruz Corn; Homemade Corn Tortillas; and Sweet Sun Tea.
Eva's cookbook reflects her Mexican heritage, as well as her travels around the world.  To review the book I decided on a Mexican-inspired menu just in time to celebrate Cinco do Mayo.  We sampled Aunt Didi's Carne Guisada; the Mexican Rice; Aunt Edna's Homemade Flour Tortillas; the Limeade; and for dessert, the No-Bake Peanut Balls.

If you're going to throw a party, then you definitely need to have a special drink.  Made with the juice of 8 limes, water, and just a bit of sugar, Eva's Limeade was tart and refreshing without being overly sweet.  I would make this again, especially in the coming months. 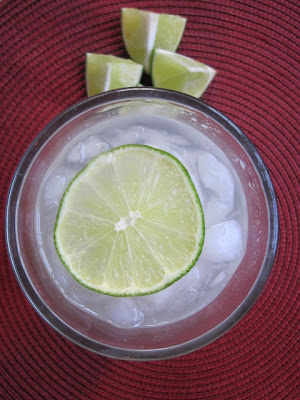 It's not a Cinco de Mayo party without some homemade flour tortillas, so I opted to make Eva's Aunt Edna's Homemade Flour Tortillas. This is my third or fourth attempt at making homemade tortillas and I have to say that this is the first time I've been successful at it.  Hooray!  This recipe belonged to Eva's Aunt and it is a very easy recipe which produces a nice, smooth, easy-to-work-with dough.  Note:  I do not have a tortilla press, nor do I have a comal for cooking the tortillas BUT I did have great success rolling the dough out and using a cast iron skillet. 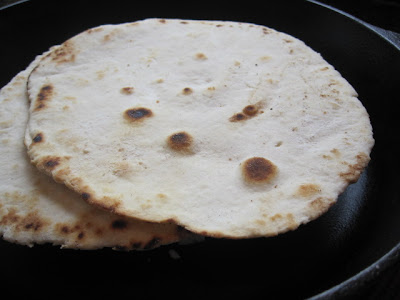 Next up is one of my very favorite side dishes, Mexican Rice.  If you're going to have a Mexican-inspired meal then you most definitely need to have Mexican Rice.  In her book, Eva shares a family saying "When you perfect the rice, you are ready to get married.  But not until then."  The key to Eva's Mexican Rice is toasting the long-grain white rice and also "not stirring" the rice during the cooking process.  Eva states that stirring the rice causes it to break down and become sticky.  While it isn't my all-time favorite recipe for Mexican Rice, it was a good recipe.  I wouldn't hesitate to serve it again. 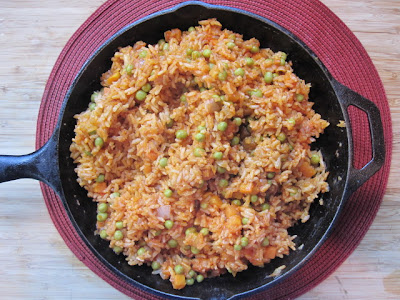 I have to tell you that when it comes to the main course I was high disappointed.  I chose Eva's Aunt Didi's Carne Guisada, a classic Tex-Mex stew with tender chunks of beef.  Well, I should have been a little skeptical when the recipe called for 1 inch chunks of sirloin to be cooked a total of about 10-15 minutes.  In fact, I was a little skeptical.  I was worried that 10-15 minutes was too long for those little chunks of steak to cook and I was right.  I was also skeptical that the sauce wouldn't thicken properly in the 5-10 minute cooking time.  Turns out I was also right about that.  This is definitely a dish that need to be cooked on the stove at least an hour so that the beef has time to become tender and the sauce has time to thicken.  It wasn't terrible by any means, it's just that you expect more when you buy almost $20 worth of steak.
After dinner I ended up cooking down the leftovers, until the sauce thickened and the beef became more tender. 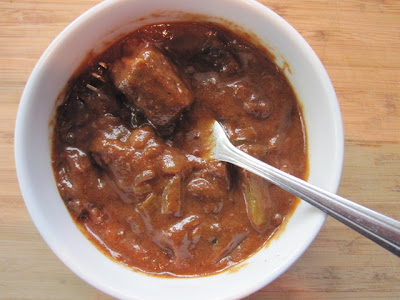 Oh yeah, now that's more like it!  One extra hour of cooking time was just the thing to thicken the sauce and make the beef tender, flavorful, and delicious. 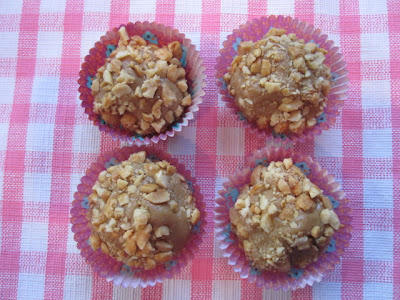 And finally, for dessert, although not Mexican-inspired at all, are Eva's No-Bake Peanut Butter Balls.  You gotta love a quick and simple, four-ingredient, dessert that comes together in mere minutes and involves peanut butter.  Made with peanut butter, honey, crushed peanuts and a bit of sugar, we have been enjoying these for a not-so-bad-for you dessert and lunchbox treat all week.  Eva's no-bake peanut butter balls will be making a repeat performance for sure!


Even though the Carne Guisada didn't turn out as I'd hoped, I still ended up with 4 out of 5 recipes that were hits.  I'm looking forward to cooking more recipes from this book!