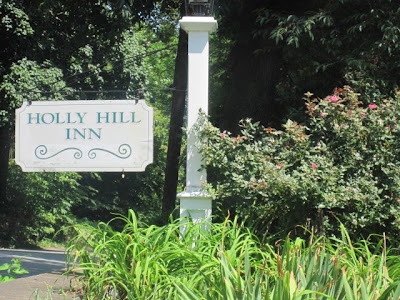 Holly Hill Inn is a charming restaurant in the middle of Bluegrass Horse Country. The old inn was built circa 1845 and is set in the most romantic countryside with with lots of low-hanging trees and beautiful gardens. The owners, Chris and Ouita Michel purchased the inn back in 2001. Holly Hill Inn has been a Kentucky treasure since it's opening. Chef Ouita has been featured in Southern Living Magazine and just this year she was up for a James Beard Award in the category of Best Chef Southeast. Her husband, Chris, has garnered the Wine Spectator Award of Excellence every year since 2002. The New York Times called Holly Hill Inn "a gem of a restaurant". 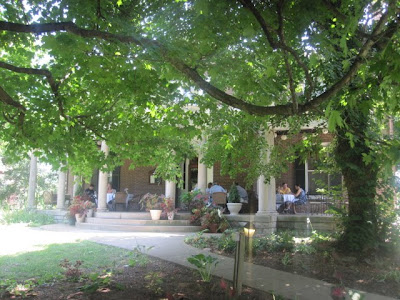 I had the opportunity to meet Chef Ouita a couple years ago during a cooking class at Williams-Sonoma. She prepared an exquisite meal for us in which everything was prepared to perfection. It was as if everything she touched turned to gold. When she told us about her restaurant, Holly Hill Inn, I knew right away that I wanted to go. For almost five years I have been wanting to go to Holly Hill Inn and I finally got around to it earlier today. I took my daughter to Sunday Brunch at Holly Hill Inn to celebrate her upcoming year as a 4th grader. We were happy to leave the boys at home! 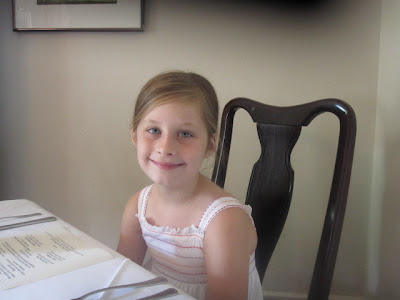 Sunday Brunch is from 11-2 every Sunday. Full bar and wine list is available after 1pm. A three-course brunch for adults is $16 and children under 10 are between $6-8. Appetizers are available at an extra cost. 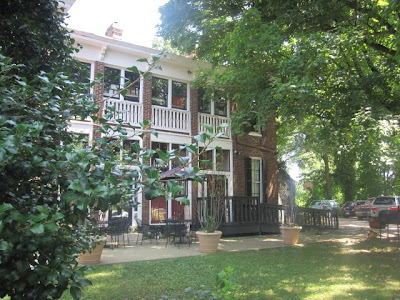 There is seating both outside and inside. 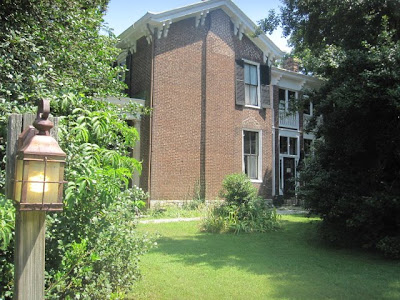 Menu options for brunch include: Eggs Benedict; Eggs Sardou; Greek Omelette; Lisa's Famous Shrimp and Grits; and Trout Meuniere and a few others. 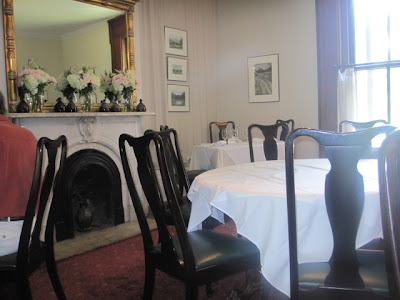 We did not have a reservation, so we were lucky to get a seat inside. I think next time I would prefer to sit outdoors. 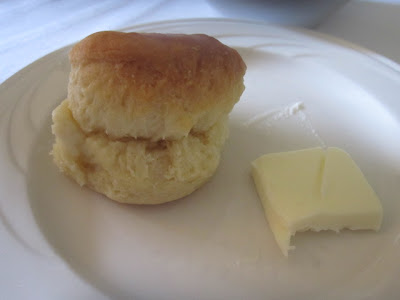 Each table receives a basket with the cutest little mini biscuits, about the size of a half dollar, and mini cornbread muffins. I think those little mini biscuits were the best I've ever had. They were super fluffy and light. I would have loved to take some of them home. My daughter and I gobbled them up happily. 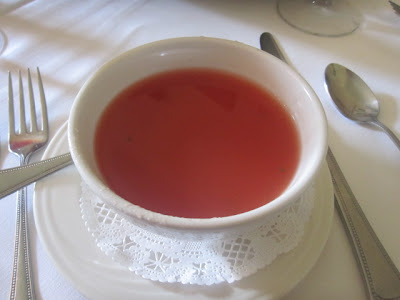 For my first course, I chose the Chilled Watermelon Soup. I've never had a cold fruit soup before and was anxious to try it. I expected to love it, but wasn't a big fan. I think the soup had some wine mixed in, but there was something in the finish that reminded me of vinegar. It was really throwing me off. 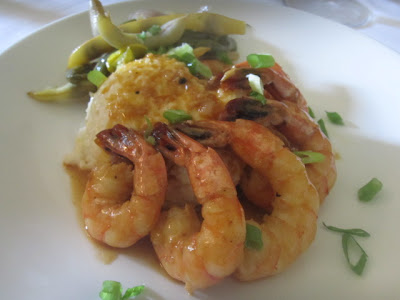 For my entree, I ordered Lisa's Famous Shrimp and Grits, sautéed shrimp in Crystal-and-butter pan sauce with Weisenberger cheese grits. The entree also came with a side of green beans. I have been craving shrimp something fierce and was so happy to have such a wonderful plate of shrimp and grits. The cheese grits were creamy and thick, the shrimp were flavorful with just the right amount of heat and the Crystal and butter pan sauce was to die for! 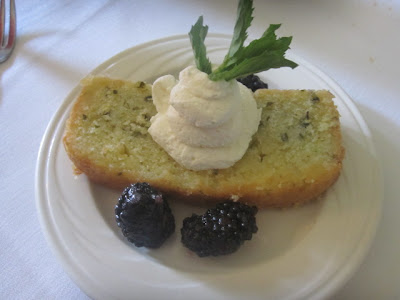 For dessert, I ordered the Lemon Basil Pound Cake with Whipped Cream and Blackberries. There was quite a bit of basil in the pound cake. I noticed that there were little holes in the cake where maybe a basil simple syrup had been poured on top of the pound cake. I love basil, but I'm gonna have to say that it was a little overpowering. 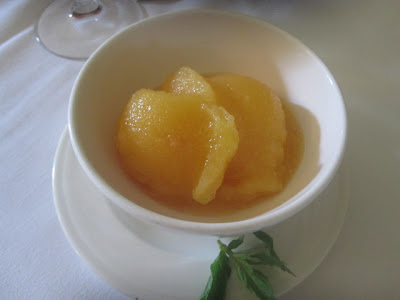 I much preferred my daughter's dessert, Peach Sorbet. Not only was it a gorgeous color, but it was light and refreshing with little teensy weensy pieces of peaches. Had it been available on the adult menu I probably would've have ordered it in place of my dessert.

All in all, I would give Holly Hill Inn mixed reviews. I loved the gorgeous setting and the staff really goes out of there way to make sure you're taken care of. My daughter loved her entree, buttered orzo with a side of green beans (not pictured). I loved the mini biscuits as well as my Shrimp and Grits. However, my soup and dessert were a little lackluster. I was hoping to walk away 100% wowed with Holly Hill Inn, but I'm sad to say that isn't the case. I much prefer Chris and Ouita Michel's other establishment Wallace Station (recently on the Food Network's Diners, Drive-In's and Dives). See my review for Wallace Station HERE.

What about you? Have you ever really wanted to love a place and left a little underwhelmed?

And, if you happen to be local and have dined at Holly Hill Inn I would love to hear about your dining experience. I believe every place deserves a second chance!
Posted by Kim at 3:35 PM