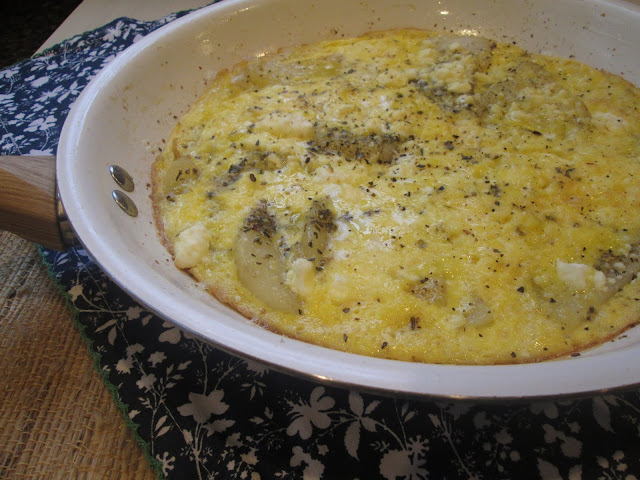 Tessa Kiros is definitely one of my favorite cookbook authors. Her cookbooks are not only gorgeous, but they're packed full of rustic family-pleasing dishes, such as this Omeleta Horiatiki (Potato, Feta, Oregano Omelet).

For whatever reason, I was expecting this dish to be a simple frittata with the welcome addition of one of my favorite cheeses: feta. I was expecting a dish that I would really enjoy. I wasn't prepared to have my mind blown.

This is no ordinary egg dish, folks. My first surprise: the potatoes form a golden brown crust on the bottom that is heavenly. I guess I was expecting the potatoes to be dispersed throughout the egg. The crust really makes this dish! Plus, the oregano is crumbled onto the potatoes and helps to deliver a wonderful flavor throughout the omelet. The eggs cook perfectly with Tessa's method and have a fluffy consistency, plus the feta cheese just takes this dish over the edge. This is an A+ egg dish. One of my favorites, for sure.

I do want to point out a few things I noticed while making this. I felt like the directions were a little vague, such as fry the potatoes. Ok, Tessa. Over what kind of heat? Add the eggs and cook, but over what kind of heat. Everyone's stove will be different, but mine cooks especially hot, so I cooked over medium-low heat. I didn't fry my potatoes until they were golden brown. I fried them until they were cooked through and starting to turn golden in places. Turns out this was a good move because the potatoes will continue to brown and form a crust once you add the eggs and you wouldn't want them to be too golden or they would become too brown and/or burn. When I added the eggs I turned the heat all the way to low and covered the skillet for 3-5 minutes, checking to make sure the eggs weren't getting overcooked. When there was only a little bit of liquid on the top of the omelet I placed the skillet in the oven on broil and watched closely until there was no more liquid. I was so pleased with the results because the potato crust was perfectly golden and the egg was perfectly cooked. consistency.

As I mentioned, this is one of my favorite egg dishes. I can see myself making this again and again. It is perfect with the potato, feta, and oregano but I can also see adding chopped tomato, zucchini, olives, and maybe even some capers, especially during the summer months.

If you love egg dishes as I do, please do yourself a favor and make this one. It is absolutely delicious! 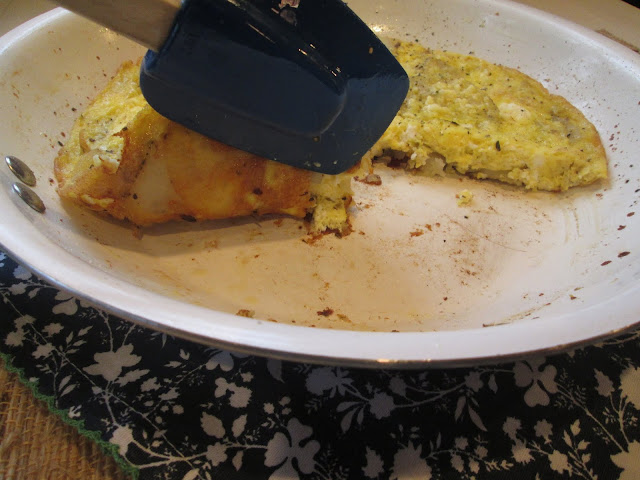 Heat the oil in a 12-inch nonstick skillet. Add the potatoes and fry gently on both sides until golden (but not too crisp) and completely cooked through. Salt lightly. Crumble the oregano over the potato with your fingers, then crumble the feta on top.

If you have a broiler, preheat it now. Pour the eggs into the skillet, shuffling gently so that they can leak down and around the potatoes. Put the lid on and cook over low heat until the eggs are set throughout but still runny on top. Keep an eye on the heat to ensure that the bottom doesn't burn but forms a golden crust. Take the lid off and place the skillet 4 inches or so under the broiler. If you aren't using a broiler, just keep the lid on the skillet and continue cooking the eggs slowly.  When it's slightly runny here and there, remove from the heat and leave it with the lid on for a couple of minutes. Loosen the edges and slide it out of the skillet upright onto a large serving plate. Serve hot, with a grind of black pepper. 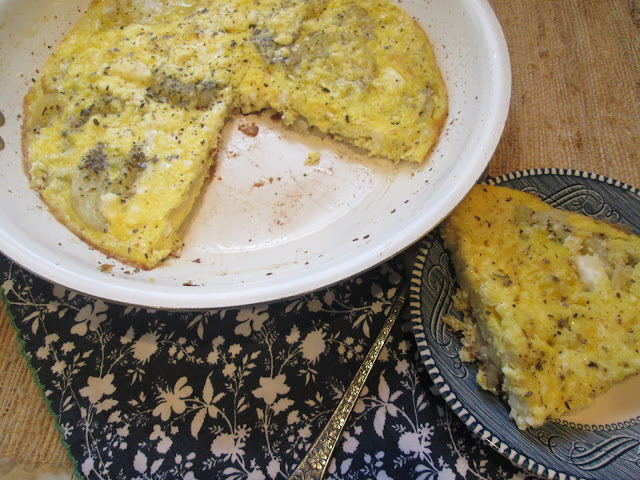 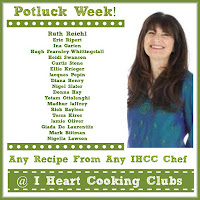