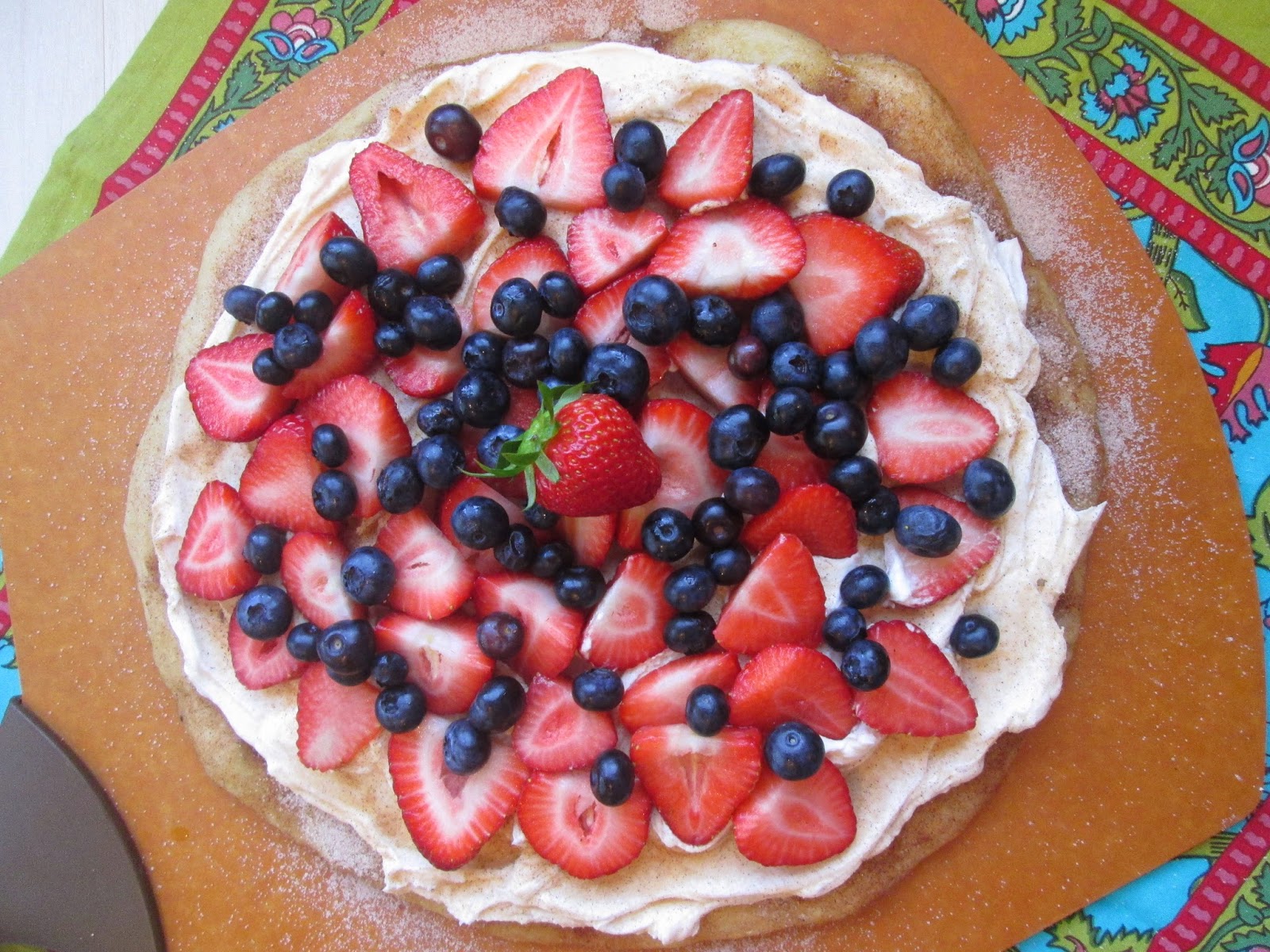 This Sweet Cinnamon Breakfast Pizza has been on my must-make list ever since Giada made it on her original cooking show, Everyday Italian, which was quite frankly many years ago.  I suppose this proves my must-make list is way too long. I mean I actually have recurring nightmares about my list. In my dream someone is chasing me and I tell them I can't die because I have way too many recipes left to cook! The pressure...

I'm so happy I finally got around to this Sweet Cinnamon Breakfast Pizza. It's so pretty! Imagine sweet buttery crust dusted with cinnamon-sugar, spread with a heavy-hand of creamy mascarpone cheese, topped with ripe juicy fruit. It's a little bit of heaven on a plate.

It's also the perfect treat for the season, whether you serve it for Easter Brunch, Mother's Day, Bridal Showers, Graduation, or any other spring celebration.  I also love that you can make this ahead of time. Let's face it. Hosting parties is always stressful and we all need as many make ahead gems as possible.  Feel free to change up the berries as you like. Use whatever is in season in your part of the world.  Just do me a favor and keep it in mind for your upcoming celebrations. You won't be sorry. 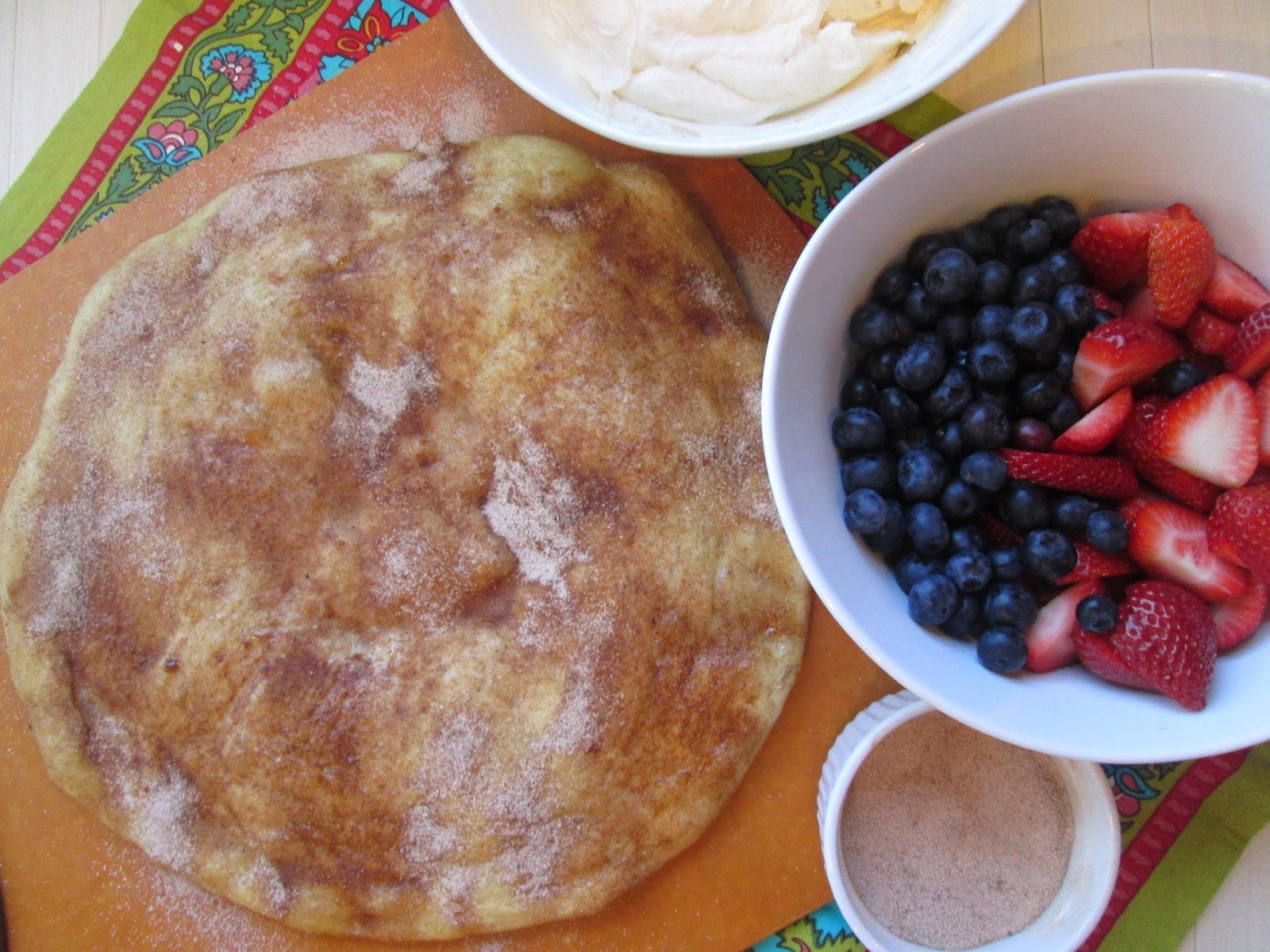 Preheat the oven to 350 degrees F. Line a baking sheet with parchment paper.

To Make Cinnamon-Sugar: Cut the vanilla bean in half, lengthwise. Using the back of a knife, scrape along the inside of the vanilla bean to collect the seeds. Scrape vanilla bean seeds into a small bowl. Add sugar and cinnamon and stir to combine. Set aside in a small serving bowl.

To Make Pizza:  Using a rolling pin, roll out the pizza dough to a thickness of about 1/4 inch (Keep in mind how thick you'd like your pizza to be. I wish I had made mine a bit thinner).  Transfer the pizza dough to the lined baking sheet and brush the dough with the melted butter. Sprinkle with 2 tablespoons Cinnamon-Sugar and bake until golden brown, about 10 to 15 minutes. Cool the pizza crust on a wire rack.

To Make The Topping:  In a medium bowl, mix together the cheese, cream, lemon juice, and zest. Spread the cheese mixture over the cooled crust. Top with mixed berries and sprinkle with the remaining Cinnamon-Sugar. Slice like a pizza and serve. 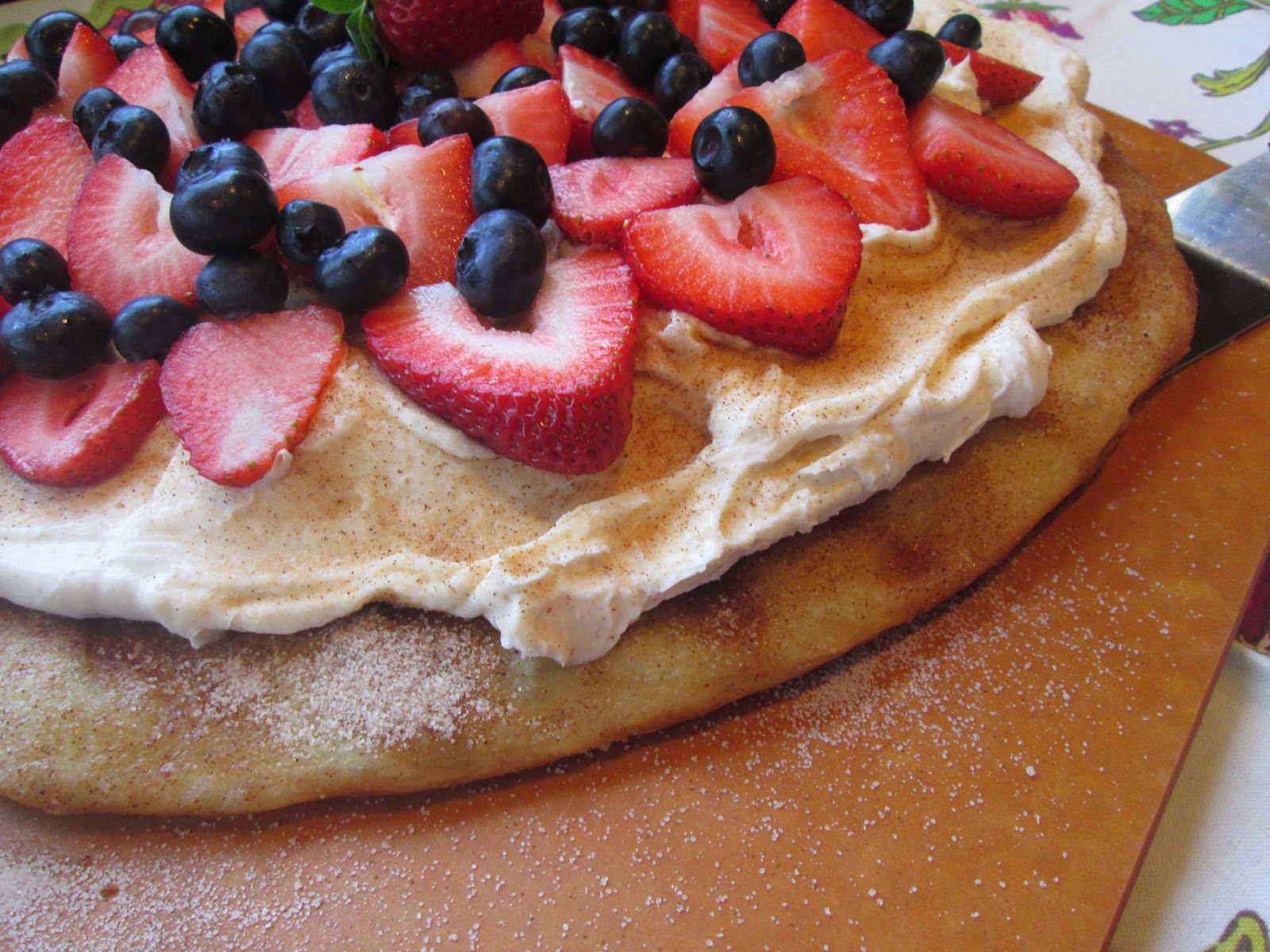