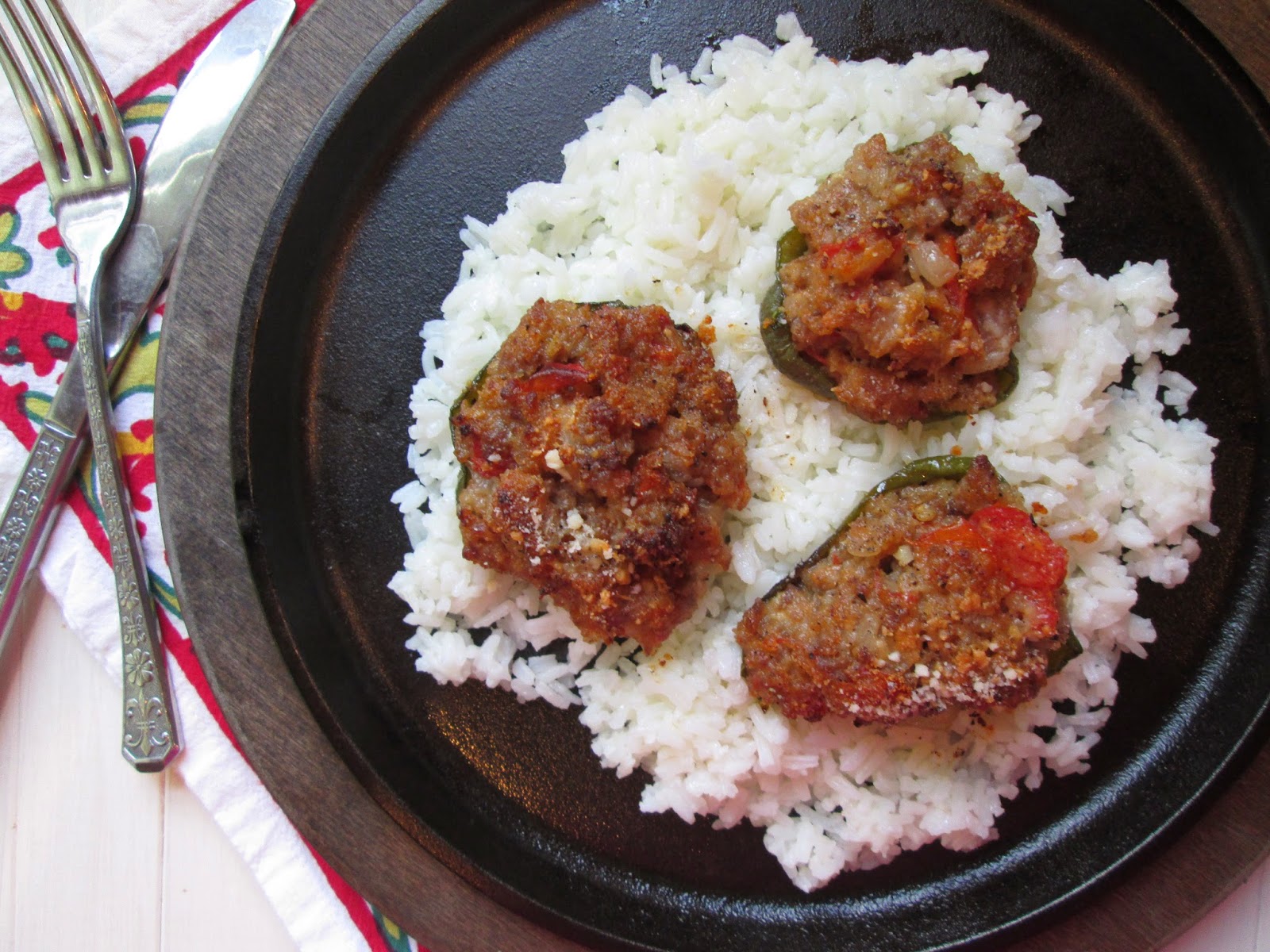 Cheese, beef, veggies, rice and lentils...those are just a few ways I've stuffed peppers over the years. This version, by Nigel Slater, caught my eye because the peppers are stuffed with a simple ground pork filling.  Nigel goes on to say that he's tried lots of fillings for peppers, but that this pork filling is his favorite.  I can see why.  These stuffed peppers were succulent and flavorful.  A go to recipe that I will be making again and again.

It all begins with by combining onion, garlic, tomatoes, and Italian seasoning until it breaks down in the pan and becomes a saucy mixture. 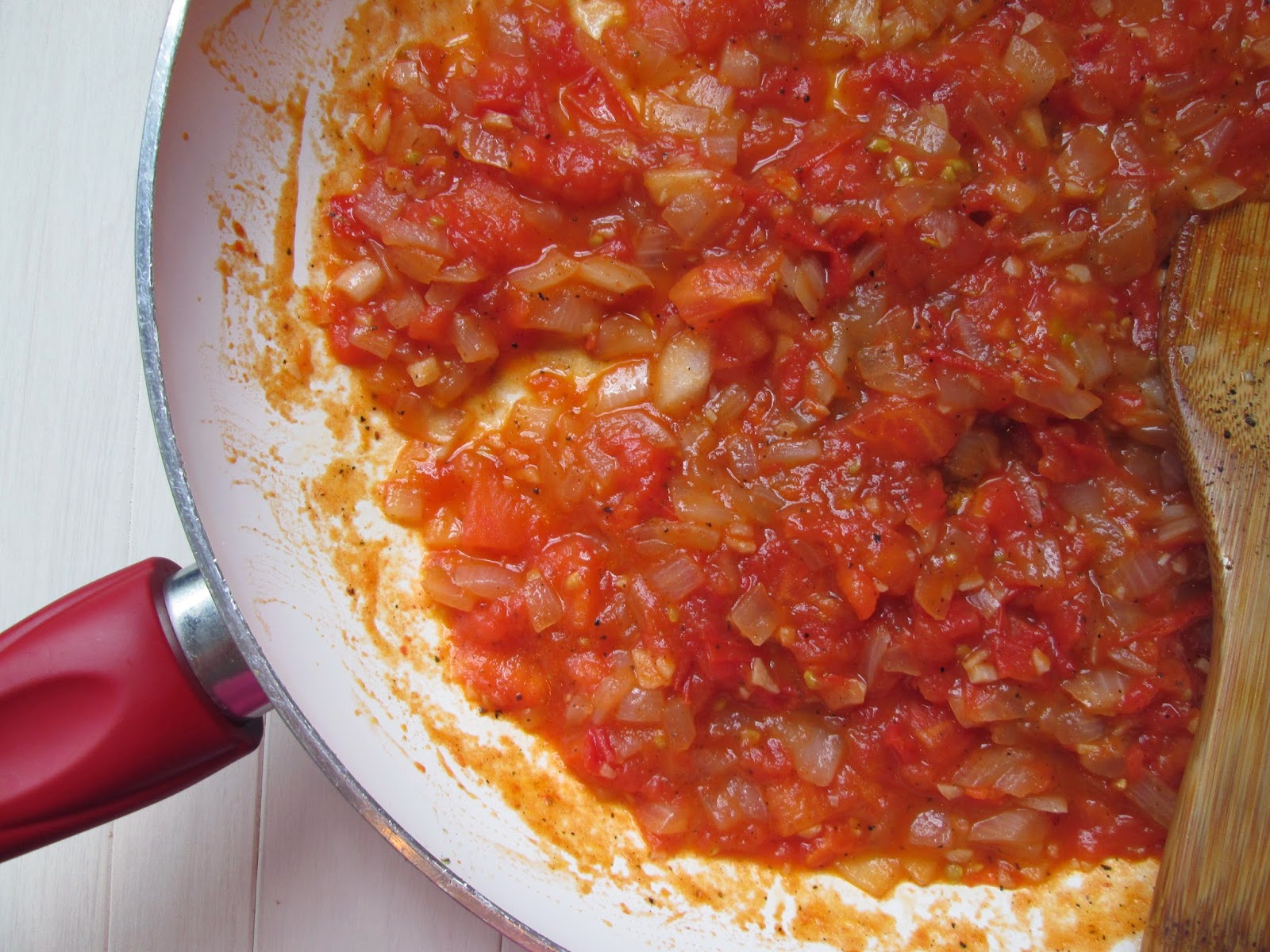 Then you simply add the raw ground pork to the pan, along with the breadcrumbs, and mix until everything is combined.  Halve and seed the peppers, boil them for about 5 minutes, then place on a baking sheet and fill with the pork mixture. Bake for 35 minutes and you're all set for one delicious dinner!  Really couldn't be easier. 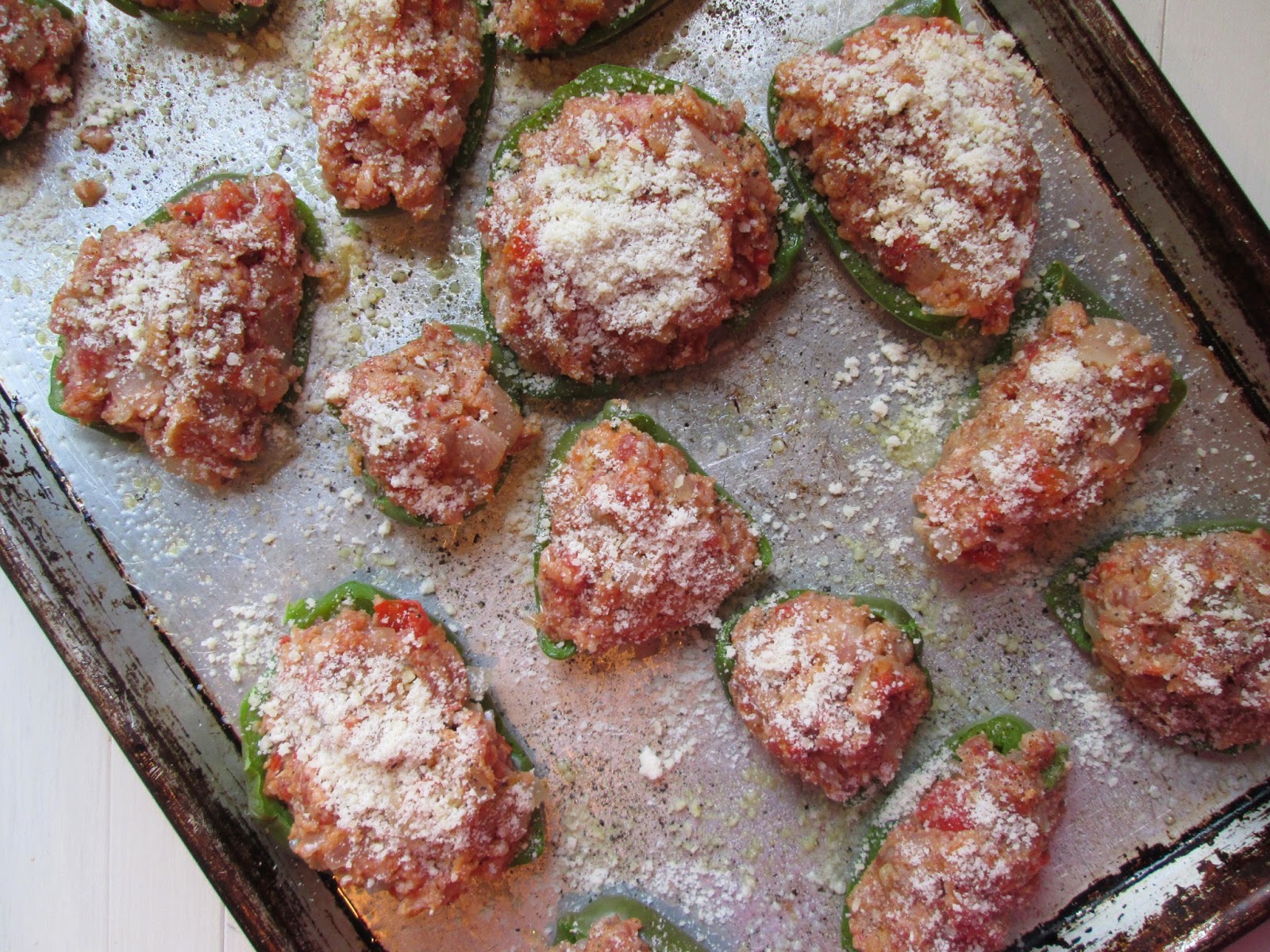 Preheat the oven to 400F.  Peel and finely chop the onion, then put it into a large, shallow pan with the oil over medium heat.  Let the onion soften without coloring.  Peel and slice the garlic, chop the leaves from the sprigs of rosemary (or other Italian herbs), and add to the onion. When all is soft and fragrant, chop the tomatoes and stir them in.  Continue cooking until the tomatoes have collapsed into the sauce.  Season with salt and black pepper, then stir in the ground pork and the breadcrumbs.  Remove from the heat.  Note: Pork will be raw at this point.  It will cook in the oven.

Cut the peppers in half lengthwise, remove the seeds, then lower them into a pan of boiling water and cook for six to eight minutes, until they are slightly limp.  Remove them with a slotted spoon and put them, skin side down, in an ovenproof baking dish.

Divide the pork mixture among the peppers, then moisten with a little olive oil.  Scatter grated Parmesan over the top and bake for thirty-five minutes, until sizzling. 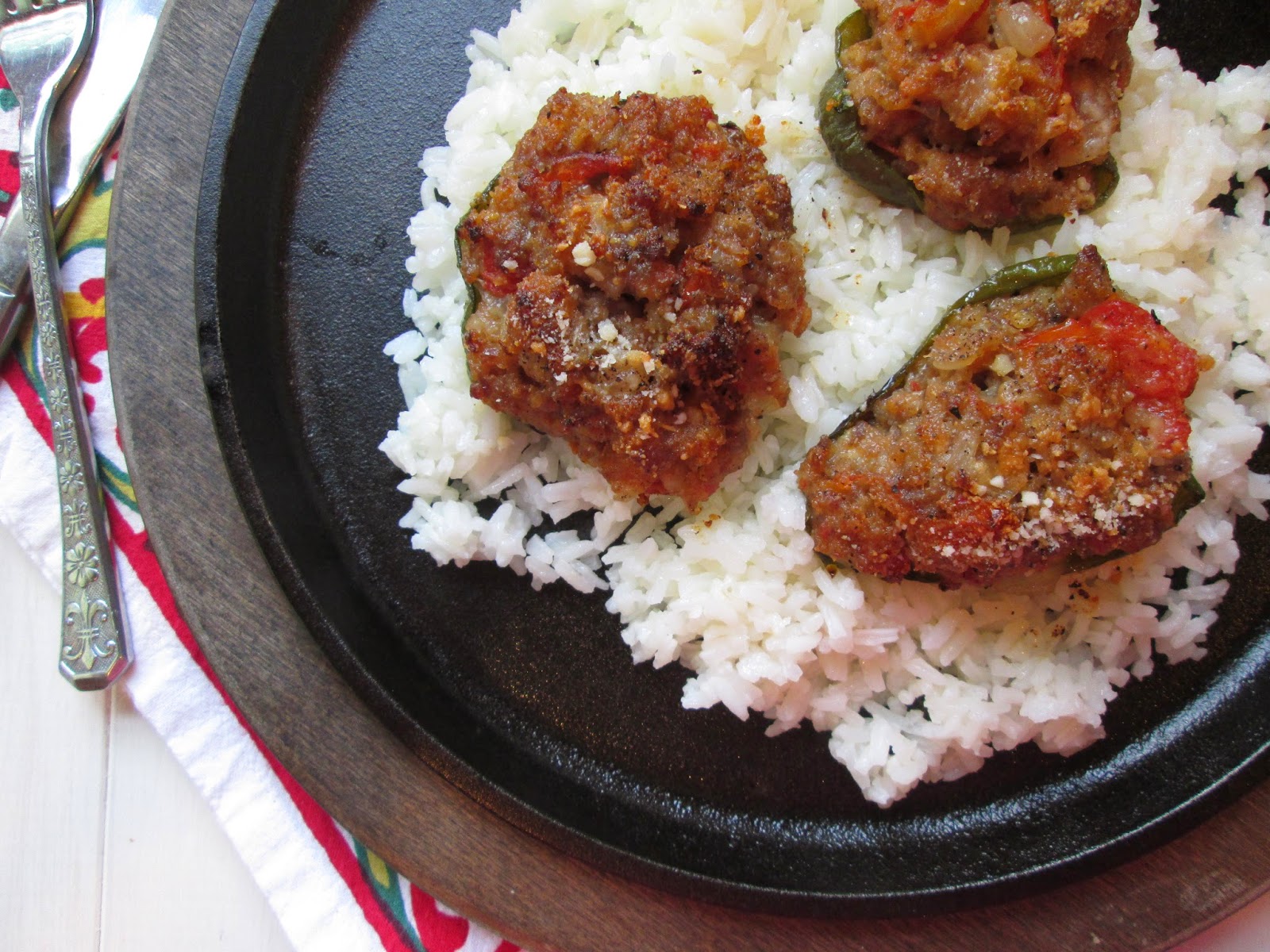