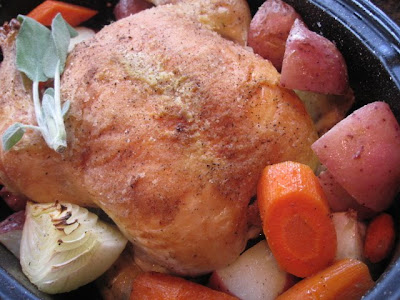 Without a doubt, Dorie's Roast Chicken for Les Paresseu (roast chicken for lazy people), is my favorite pick of the month. Hmmm...maybe there's a hidden message in there somewhere. Seriously though, it may very well be my favorite roast chicken recipe ever. I know, I say that all the time. What can I say? I find it hard to quell my excitement. I will say that I liked this version even better than Ina's, which is saying a lot. 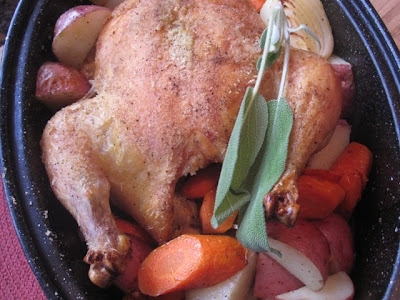 I think maybe the secret might lie in using a roasting dish that hugs the chicken. Either way, the chicken browned wonderfully, it was moist and tender, and the flavor was amazing. I was more than impressed with Dorie's recipe. 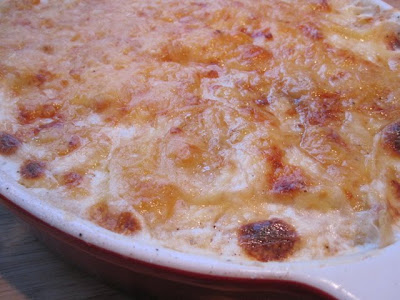 Of course, it's hard to knock a recipe for cheesy and cream-laden potatoes. Dorie's Potato Gratin (Pommes Dauphinois) was in fact a real delight. 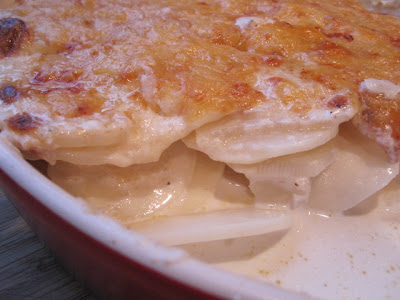 How could it not be? 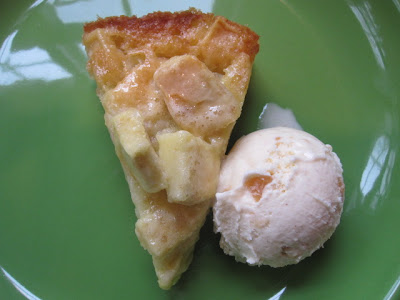 Marie-Helene's Apple Cake was a pick from October that I just got around to making this month. A very moist cake, filled with chunks of apples, and distinct rum flavor, we enjoyed it with a side of apple pie ice cream. 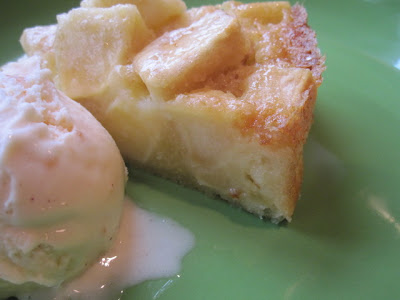 Not only was this cake perfect for the fall season, it would also be perfect for someone watching their waistline. Most desserts don't fit into a diet plan at all, but this one fit in nicely, without all the feelings of guilt. The ice cream, of course, is another story altogether. 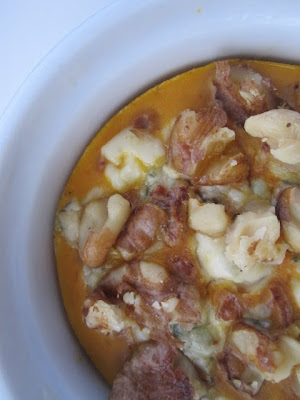 And, finally Dorie's Pumpkin-Gorgonzola Flans. I eagerly awaited the day when I could make these without all the critiques of what was going into them. No one in my family appreciates pumpkin or any type of blue cheese. Crazy folk I live with, I know... 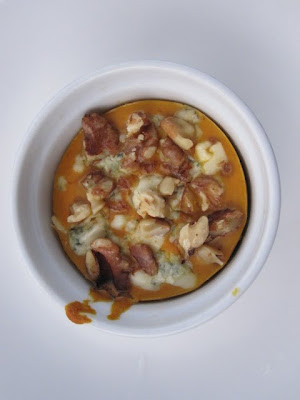 The flans had a very smooth and silky consistency, with a strong pumpkin flavor. The gorgonzola paired beautifully with the pumpkin and was a nice contrast in flavor. I do feel like it was the toasted walnuts that made the dish and added a nice contrast in texture. If you enjoy these flavors together, then this would be a fun recipe for you. It certainly is beautiful to look at as well.

**In lieu of my family's finickiness, I skipped the Caramel-Topped Semolina Cake because I didn't think they would enjoy it and I hardly need to eat an entire dessert myself.

Which one do you think would be your favorite? Or, if you were lucky enough to try them all...which one was your favorite?
Posted by Kim at 9:00 AM