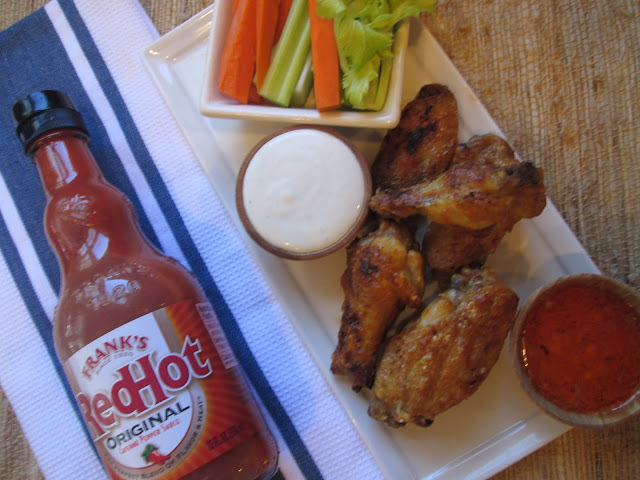 So my family is absolutely crazy for chicken wings. We eat them at least once a week. Years ago I tried a Nigel Slater version where he roasts the wings in the oven and this roasting method became my go-to method for chicken wings. The roasted wings are crispy without the mess of frying, and I feel that roasting the chicken helps to bring out the flavor of the chicken, much more than frying would. Roasting wings is a very good method.

However, I stumbled upon Mark Bittman's Minimalist Buffalo Wings recipe this week and wanted to give his broiling method a try. I could write a letter about them. In fact, I think I will.

I thought I had perfected making chicken wings. My family and I really enjoyed them roasted in the oven with a simple dusting of Lawry's. They flew off the pan and I could never seem to make enough.

Then I tried your method of broiling the chicken wings and my family came unglued. We turned into wild animals, fighting over each wing until they were gone. I'm not kidding, Mark. Have you ever seen one of those documentaries where wild animals fight over their prey? The scene in my kitchen was very much like that. In fact, my children nearly attacked each other over your wings, Mark.

We blame this behavior on "the trifecta of deliciousness": the most incredible buffalo sauce (buttery and garlicky with just the right amount of heat);  the crispiest exterior a buffalo wing has ever had (truly the broiler method is the best), and the juiciest most delicious chicken meat on the inside. I mean when you take a bite and the buffalo sauce hits your lips it is lip smackin' good, then you get the crunch of the outside and bite into that juicy chicken and it is just magic, Mark. A mouth never had it so good!

Your wings are the stuff of dreams. You deserve a medal. We should shout your name from the mountaintops and we just might. Right after I make another batch.

You are our hero, Mark.
The Stirring The Pot Family 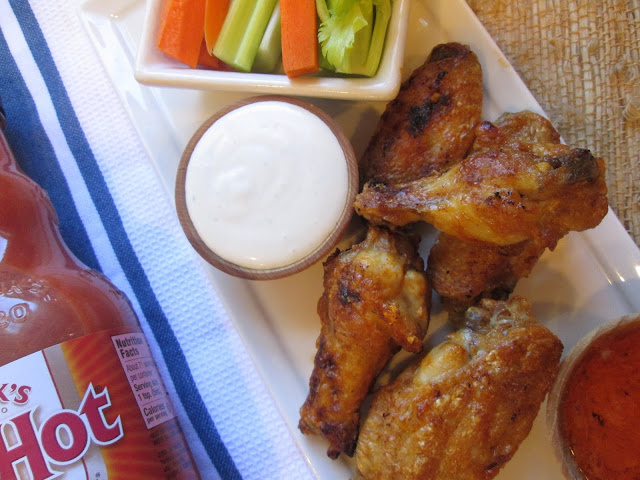 Pat the wings dry very well with paper towels (this will help them crisp) and, if the wings are whole, cut them into 3 sections, saving the wing tips for stock. Toss the wings with a little neutral oil to keep them from sticking, salt them lightly, and spread them on a baking sheet, leaving at least an inch of space between each wing.

Broil in the oven on a sheet pan until the wings are evenly well-browned and crisp, flipping them midway through. This should take 20 to 25 minutes overall, but will depend on the strength of your broiler, so peek often! (If using the grill, put the wings on the cool side of the grill. Cover the grill and cook, checking and turning once or twice, until most of the fat has been rendered and the wings are evenly well-browned and crisp, 15 to 20 minutes.).

While the wings cook, in a large bowl, combine the hot sauce, melted butter, vinegar, garlic, and salt and pepper to taste.

When the wings are browned and crisp, add them to the bowl with the sauce and toss to coat. Return the wings to the pan, leaving excess sauce in the bowl, and broil fora few minutes until sizzling and nicely browned on both sides, flipping once. (Or put the wings on the hot part of the grill and cook, uncovered, turning as necessary.)

Serve hot with the extra sauce on the side, for extra spicy, saucy wings, toss back in the sauce before serving. Blue cheese and/or ranch dressing and celery sticks and/or carrot sticks on the side are a good idea. 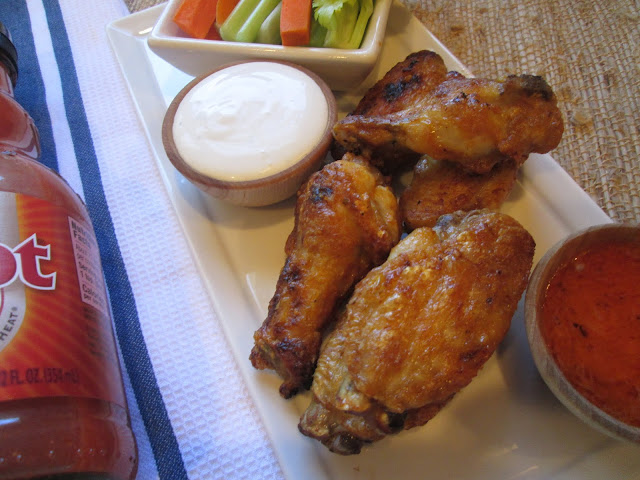 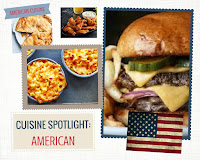