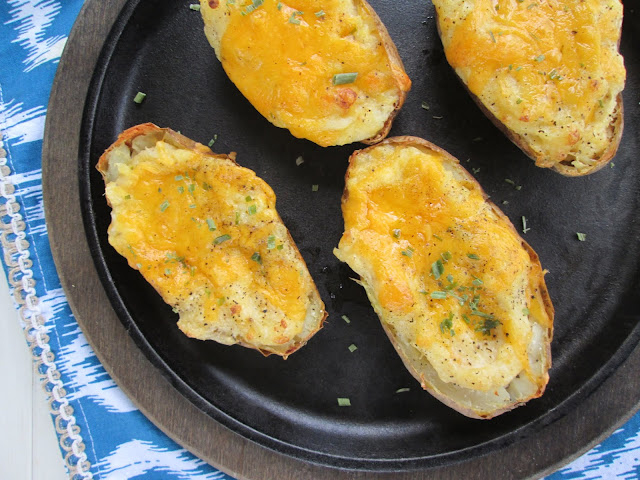 My Mom was a big fan of twice-baked potatoes. They were pretty much a Christmas classic in our house, a yearly tradition, served next to the standing rib roast.

She would get out her cookbook, open it to the page, and it pretty much stopped there. It dawns on me as I write this...she never really looked at the cookbook. It just sat on the counter because she never followed the amounts, never set a timer, and she seasoned her food however she pleased. In fact, if the recipe called for 4 potatoes, she would use 5 just out of spite! That woman was a rebel like no other. And, when it came to cheese...well, she almost always doubled it. If she made you a twice-baked potato it was likely to be the cheesiest potato you'd ever have.


Then there's me. Rule-follower extraordinaire. I actually like to be told what to do. Except, in this case, I don't like sour cream, so I substituted with heavy cream. That's about as far as I go in breaking the rules. I was tempted to make 5 potatoes instead of 4, but I just couldn't go through with it.

I've made my fair share of twice-baked potatoes and I gotta say, this version is delicious. The slow roasted garlic lends a lovely touch of garlic to the potatoes, giving them a good punch of flavor. These take time, but they are most definitely not difficult, and I like to believe everyone loves a good twice-baked potato.

These are for you, Mom. 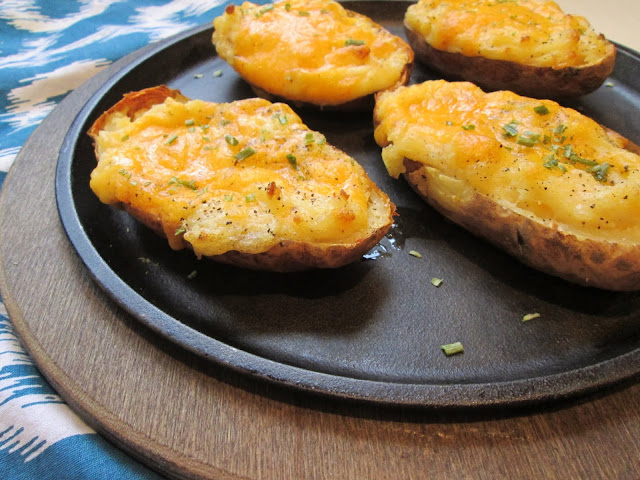 Put a rack in the middle of the oven and preheat the oven to 400F.

Cut off and discard top quarter of garlic head. Wrap garlic in foil. Prick potatoes with a fork. Bake potatoes and garlic on oven rack for 45 minutes. Remove garlic and let cool. Continue baking potatoes until tender, about 20 minutes more.

Squeeze pulp from garlic cloves into a medium bowl and discard skin. Stir in butter, cream, and 1 cup cheddar. Cutting lengthwise, slice off top quarter of each potato and discard. Leaving 1/4" thick shells, scoop the flesh out of potatoes and add to cheese mixture. Mash with a fork to combine. Season with salt and pepper and divide among shells.

Arrange potatoes in a buttered baking pan and sprinkle with remaining 1/2 cup cheddar. Bake until heated through and slightly golden brown on top, 15 to 20 minutes. 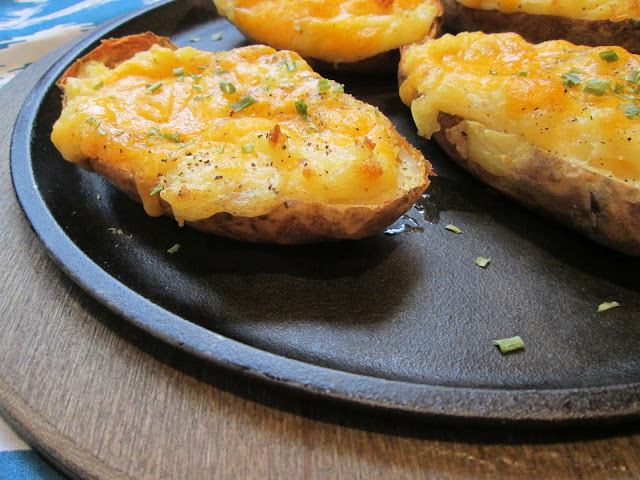 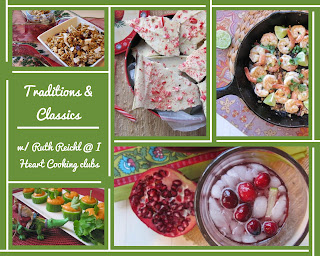